Our Partners in International Mission

Therefore go and make disciples of all nations - Matt 28:19

Our Partners in International Mission

Over the years Kevin has served God in a number of different areas, including, but not limited to, youth pastor, Episcopal Priest, small business owner, church planter, overseas missionary, and even as a hamburger flipper.

Involved with Global Teams as a missionary since 1990, Kevin developed a work in a majority Muslim country that has resulted in creative evangelism among eight language groups and emerging people movements in four of those. Kevin served as the International Director responsible to the board for leading Global Teams, working with translation efforts, working in the field with Muslims, recruiting missionaries, training, and raising funds for both his own ministry and for the organization.

Kevin serves Global Teams with his wife and ministry partner, Susan. They have three daughters, Rachel, Sarah, and Emma. 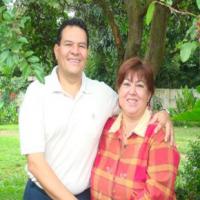 Orlando has been the pastor of La Casa del Padre Church in San Jose, Costa Rica for 8 years. This is the second church he and his family have helped to plant. He has been married to Ligia Ramirez since 1971. They both have been blessed with 4 children and 8 grandchildren. He is the third generation of a devout Christian family. He has worked in different areas of the ministry: teacher, deacon, youth pastor, co-pastor, and senior pastor, since 1975. He has served as the Latin America Director for Global Teams since 2004. Ligia serves as the Global Teams Member Care Coordinator for Latin America. 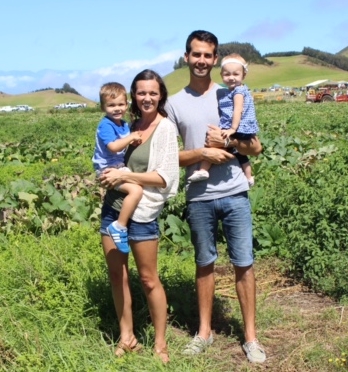 Interested in partnering with us? Donate, by clicking here.

Mission: To raise up and mobilize the next generation of youth & young adults into missions, while equipping them to live a lifestyle of restoration & revival.

We are full time missionaries and staff with Youth With A Mission located in Kona, Hawaii, the Pacific Region Training base for YWAM. We are passionate about music and worship, young adults, going to the nations (specifically Asia) and seeing people released and restored into their callings and design on their life! Our ministry is focused on seeing the next generation discipled and walk in personal freedom, know intimacy with the Lord through the place of prayer and worship, and out of that zeal and passion for Him, be released into the nations. Then, they will be fully equipped to transform the world with His power and His presence, fulfilling the Great Commission.

Since working with YWAM in Kona, we have been actively involved within Discipleship Training Schools, staffing some schools within the Fire & Fragrance ministry as well as Community Transformations. In the past few years we also took on a role, co-ordinating all the short-term outreaches for DTS teams being sent out of Kona.

We have been thrilled to do missions as a family, believing the impact of the family unit in ministry in the nations can truly reform that sphere of society!

Rich and Kourtney are members of the Global Campus Team. The goal of this team is to help build student-led spiritual movements for Jesus Christ everywhere. Serving as the Director of Online Strategies, Rich's goal is to develop worldwide virtual student movements on the internet. Part of that role is to help countries around the world develop a campus internet strategy. That is, to win, build, train and send students on the web. With students spending an average of 25 hours a week on the internet, engaging students virtually is now more important than ever. The fundamental site that Campus Crusade uses for the win portion of the internet strategy is a website called everystudent.com.

As of this writing, the website is available in 23 different languages with more in production. Last school year (2006-2007) over 6.4 million students came to one of these websites with 93,800 indicating a decision to accept Jesus Christ in their life! View a student's testimony about how she became a Believer through the everystudent.com strategy.

J. Lee Grady is an author, award-winning journalist and ordained minister. For 17 years he worked for Charisma magazine, one of America 's most widely distributed evangelical Christian publications, and he served as editor for 11 of those years. He is the author of four books including 10 Lies the Church Tells Women, and he focuses much of his ministry on releasing women in ministry. He has taken his message to 24 countries. Lee and his wife, Deborah, have four daughters. They live near Orlando, Florida.

The purpose of this ministry is to (1) confront the global oppression of women; (2) empower women to discover their God-given spiritual gifts and ministries; and (3) equip Christian men, including church leaders, to recognize, value, protect and train the women in their lives. This mission is accomplished through books, preaching, mentoring, leadership conferences, ministerial retreats and television programs in various languages.

Lee is confronting all forms of abuse including domestic violence, female infanticide, denial of education to girls, forced prostitution and sex trafficking, female genital mutilation, mistreatment of widows and honor killings.  He also calls for the full participation of trained women in church leadership, and he challenges the global church to reject unbiblical religious traditions that encourage gender discrimination.