8AM TRADITIONAL SERVICE
10AM CONTEMP. SERVICE
Articles » God's Mission has a Church

God's Mission has a Church

As I prepared for this Sunday I ran across an older BLOG that laid the ground work for much that I want to discuss on Sunday.  I am including excerpts of the key points that I found helpful and have also included a link to the entire article, Missional: More than a Buzz Word by Brad Brisco.

Missional Church is about the missionary nature of God and His Church.

Missional Church is about incarnational ministry in a post-Christendom context.

Missional churches see their primary function as one of actively moving into a community to embody and enflesh the word, deed, and life of Jesus into every nook and cranny. Alan Hirsch speaks of the “missional-incarnational impulse,” where the word “missional” expresses the sending nature of the church, while “incarnational” represents the “embedding” of the gospel into a local context. In other words, “missional” speaks to our direction – we are sent; while being “incarnational” is more about how we go, and what we do as we go. Eugene Peterson’s “incarnational” rendering of John 1:14 in the Message paraphrase illustrates this well when it states, “The Word became flesh and blood and moved into the neighborhood.”

Missional Church is about actively participating in the missio Dei, or mission of God.

God’s primary activity is in the world, and the church is God’s instrument sent into the world to participate in His redemptive mission. This clarifies the difference between a church with a missions program and a missional church. A church with a missions program usually sees missions as one activity alongside many other equally important programs of the church. A missional church, on the other hand, focuses all of its activities around its participation in God’s agenda for the world. It is God’s mission that calls the church into existence. We can no longer see the church as the starting point when thinking about mission. Instead, the church must be seen as the result of God’s mission. In the words of South African missiologist David Bosch: “It is not the church which undertakes mission; it is the missio Dei which constitutes the church.” Or stated in a slightly different manner; “it is not so much that God has a mission for his church in the world, but that God has a church for his mission in the world” (Christopher Wright, The Mission of God's People, 62). 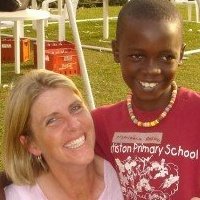