8AM TRADITIONAL SERVICE
10AM CONTEMP. SERVICE
Articles » The Great 50 Days of Easter Day- 20

Gregory urges his people to give back to God what God in Christ has given to them, namely themselves. How might you offer yourself to God today? 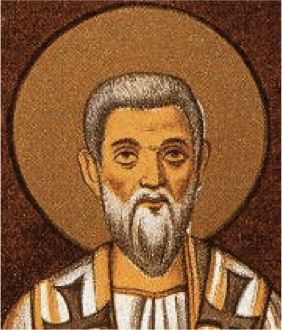 St Gregory’s Oration number 1 On Easter and His Reluctance shows Gregory’s appeal to Easter as the basis for concrete actions in his church. You may read the entire Oration here. http://www.ccel.org/ccel/schaff/npnf207.iii.iii.html

“I. It is the Day of the Resurrection, and my Beginning has good auspices. Let us then keep the Festival with splendor and let us embrace one another. Let us say Brethren, even to those who hate us; much more to those who have done or suffered anything out of love for us. Let us forgive all offenses for the Resurrection's sake: let us give one another pardon, I for the noble tyranny which I have suffered (for I can now call it noble); and you who exercised it, if you had cause to blame my tardiness; for perhaps this tardiness may be more precious in God's sight than the haste of others. For it is a good thing even to hold back from God for a little while, as did the great Moses of old, Exodus 4:10 and Jeremiah Jeremiah 1:6 later on; and then to run readily to Him when He calls, as did AaronExodus 4:27 and Isaiah, Isaiah 1:6 so only both be done in a dutiful spirit;— the former because of his own want of strength; the latter because of the Might of Him That calls.

II. A Mystery anointed me; I withdrew a little while at a Mystery, as much as was needful to examine myself; now I come in with a Mystery, bringing with me the Day as a good defender of my cowardice and weakness; that He Who today rose again from the dead may renew me also by His Spirit; and, clothing me with the new Man, may give me to His New Creation, to those who are begotten after God, as a good modeller and teacher for Christ, willingly both dying with Him and rising again with Him.

III. Yesterday the Lamb was slain and the door-posts were anointed, and Egypt bewailed her Firstborn, and the Destroyer passed us over, and the Seal was dreadful and reverend, and we were walled in with the Precious Blood. Today we have clean escaped from Egypt and from Pharaoh; and there is none to hinder us from keeping a Feast to the Lord our God— the Feast of our Departure; or from celebrating that Feast, not in the old leaven of malice and wickedness, but in the unleavened bread of sincerity and truth, 1 Corinthians 5:8 carrying with us nothing of ungodly and Egyptian leaven.

IV. Yesterday I was crucified with Him; today I am glorified with Him; yesterday I died with Him; today I am quickened with Him; yesterday I was buried with Him; today I rise with Him. But let us offer to Him Who suffered and rose again for us— you will think perhaps that I am going to say gold, or silver, or woven work or transparent and costly stones, the mere passing material of earth, that remains here below, and is for the most part always possessed by bad men, slaves of the world and of the Prince of the world. Let us offer ourselves, the possession most precious to God, and most fitting; let us give back to the Image what is made after the Image. Let us recognize our Dignity; let us honor our Archetype; let us know the power of the Mystery, and for what Christ died.

V. Let us become like Christ, since Christ became like us. Let us become God's for His sake, since He for ours became Man. He assumed the worse that He might give us the better; He became poor that we through His poverty might be rich; 2 Corinthians 8:9 He took upon Him the form of a servant that we might receive back our liberty; He came down that we might be exalted; He was tempted that we might conquer; He was dishonored that He might glorify us; He died that He might save us; He ascended that He might draw to Himself us, who were lying low in the Fall of sin. Let us give all, offer all, to Him Who gave Himself a Ransom and a Reconciliation for us. But one can give nothing like oneself, understanding the Mystery, and becoming for His sake all that He became for ours….”