8AM TRADITIONAL SERVICE
10AM CONTEMP. SERVICE
Articles » Why Gather? 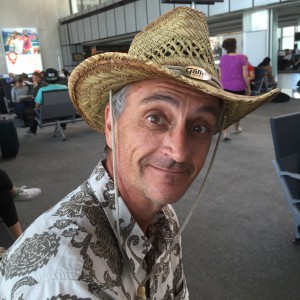 When life falls apart you can do one of two things. You can waste some of the little energy you have left keeping up the pretense that everything is okay, or you can save it for what really matters and stop putting on a mask. And after all, who do you think you're kidding, anyway?

We might think we're doing a pretty good job of looking like we have it all together, but actually it's usually fairly obvious to everyone else that something's off. We're walking around in our best suit, thinking we look great, unaware that our collar is all messed up in the back and our shirt-tail is hanging out.

It was about a dozen years ago that the wheels came off in my life. The engine dropped out, too. Lots of smoke and singeing. More out of resignation than determination, I decided that I had nothing left to lose in dropping the false front and letting some people see the real me. I'd spent much of four decades trying to work out how to do this man thing on my own and that had not gone too well, so what was there to lose?

I began meeting for coffee with a couple of other guys and we tentatively let each other in, a bit at a time. We talked football, films, family, food, and then risked broaching the other f-word: feelings. Like, admitting that we had them, didn't always understand them, and certainly did not know what to do with or about them.

Since then we have met on probably more than four hundred occasions.

Only my wife knows more about me than these guys. I carry some of their deepest secrets, too. If trust were currency, we'd be wealthy. And I am richer because of them.

We have not been alone in discovering this at New Covenant. Others have the same kind of friendships. Some guys meet in the sanctuary weekly on Wednesday mornings to pray for the men of the church. Some guys get together at the monthly men's breakfast.

The ways in which they connect may be different, but there's a shared, common core: the recognition that we need each other, and something special can happen when we acknowledge that. (Ladies, you have known this about yourselves for a long time; thanks for being patient with us).

This interdependence runs counter to much of contemporary culture, of course. The rugged, independent, self-made man, always confident, always in control, always capable.

Thing is, though, we can reject that secular version and replace it with a spiritualized one. Smile big, quote a Bible verse, and try to look holy. The result can be just as miserable.

Some of the men of New Covenant have a sense, a stirring, that God wants and has more for us. They are not exactly sure what that means or what it will look like, but they have experienced enough in community with other guys to want to find out.

That's what the men's gathering on Saturday, September 12, is all about. The men of New Covenant coming together to find out more—about what God may have in mind, about each other, and about ourselves.

You won't be made to bear your soul or beat a drum—though you will probably be free to do either or both, if you want to.

You don't have to wait until you are desperate, like I was, to start being real with other men and about yourself. You could save yourself a lot of grief, and experience a lot more joy instead, by starting now.