8AM TRADITIONAL SERVICE
10AM CONTEMP. SERVICE
Articles » Inside the Box (Part Two)

Inside the Box (Part Two) 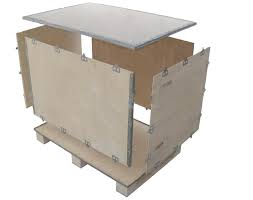 Believe it: There once was a day when breaths were not numbered. When there was no lid on the box, or even four walls for that matter. So where did the box come from you ask, and our X number of inhales and exhales originate? Listen and look.

It was in the good old days.

‘Ah, for the ol’ days,’ we say. And these days were really good, and they stretch ‘old’ to the end of its spectrum.

To the first breath ever.

The creator breathed his own life breath into dirt and there we were. That’s a shortened version. In those very good old days, we, man and woman, walked together with our creator and never had a thought of a last breath. The first was still more than enough. Can you imagine?

As they say, ‘let the good times roll’ and what rolls is usually going down hill. What seems to have happened, according to the story told: it was suggested, proposed in fact, that just by eating something, the one thing not to eat, we could be just like the creator we so admired.

This slippery slope, the roll downhill, had several simple steps. Perhaps these five furtive forays actually laid the foundation for the four sides and the top to the box we now find ourselves in. Inside the box. Maybe we built it. If so, here’s how.

We listened to the voice telling us, selling us, it was okay, even good to do bad. Then we looked at the prize and it was a delight and shone into the window of our eyes. And now, being sure the boss wasn’t around, we loosed our hold on him and called him ‘boss’ instead of Abba. That’s three sides.

All that was left was for our hearts to fall too, and as soon as we longed for this possession, it was nothing to lay hold of it. (Check it out -- Genesis 3.1-6) And the lid was slammed shut.

So there, here we are. We built a box by listening, looking, loosing, longing for, and laying hold of – and in that instant our breaths were numbered, limited, finite. In that moment we died, but still had some inhaling and exhaling to do, for a time anyway.

What was time before that? Just the ticking off of breaths? But who was counting? Why count? But now we do.
There is a way out, and we need to get it.

“For what does it profit a man to gain the whole world, and forfeit his soul? For what will a man give in exchange for his soul?" (MK 8.36-37, from Sunday’s gospel)

The meaning of earthly existence lies not,

as we have grown used to thinking,

in prospering but in the development of the soul.

Blessings to you all,