8AM TRADITIONAL SERVICE
10AM CONTEMP. SERVICE
Articles » And Now, for the Rest of the Story...

And Now, for the Rest of the Story... 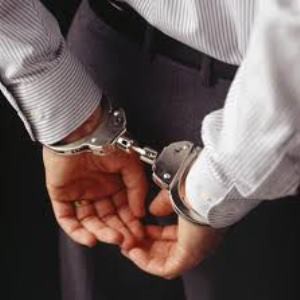 As the handcuffs ominously clicked, little Kelly asked, “Where are they taking my daddy?” as her daddy was led from the courtroom to jail.

I don't recall how I responded. I was probably as shocked by the immediacy of his exit as was his daughter little Kelly, his wife, Celeste, sister, Betsy, and John and Mary Jane, his mother and father. Too stunned to even produce tears. “Guilty” and away he went.

I was the fairly recent rector of Christ Church in Madison Indiana in 1981 when Randy Reed was arrested in Evansville, Indiana, for driving under the influence and killing a 21 month old baby and seriously injuring her parents who were bicycling home that Sunday afternoon.

The sun was setting and he was heading due west. “The sun was blinding” is how he described it to me when he arrived in Madison several days after the accident. He had been watching a football game and enjoying a few beers. Barbara and I were in a small group with Randy's parents when they got the call from him that horribly memorable day. Now, he was home and looking for a lawyer. He found one and he also found his Lord and Savior Jesus Christ.

“What's your relationship like with the Lord” I asked him, sitting in his parents’ living room? “I haven't been to church in some time,” was his response. “I'm not asking about your church attendance, I'm asking about a personal relationship with the Savior. You're likely going to be going to prison and he is a good person to know.” After a few minutes of sharing I led him in a simple commitment prayer. And the Lord responded -- mightily!

Randy was dramatically converted and was sentenced to serve just one year of an eight-year sentence. While in jail his wife and daughters’ home was regularly vandalized to the point they finally had to move. It was hot news story. While in prison, Randy began to read the Scriptures and share them with his inmates.

When he was released from prison he continued his walk and life with the Lord. This had been a high-profile story in Evansville and he would take the video news clips around to schools, and to any group who would listen, and share about the cost of drinking and driving. Nobody was safe around Randy. He was always introducing people to his best friend, Jesus.

Now, 34 years later, Randy and his wife Celeste, who showed up unannounced at New Covenant last Sunday, are still on fire for the Lord.

Barbara and I got to hear the rest of the story after church last Sunday. The ending matters and may be the best part of the story. Come Sunday and hear it – as Paul Harvey use to say, “And Now, for Rest of the Story.”

Blessings to you all,
Carl+