8AM TRADITIONAL SERVICE
10AM CONTEMP. SERVICE
Articles » You Are Right In Saying I Am A King

You Are Right In Saying I Am A King 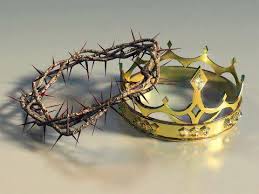 It’s always dangerous to share a New Year’s resolution, and to share one before the new year has officially begun is even more so. Nonetheless, this Sunday, which we designate as Christ the King, is the last Sunday in the church year, and the next is the beginning of Advent, the first Sunday of the new liturgical year. Risking all, in light Jesus’ kingship and the move of Advent toward the Incarnation, here’s my resolution and invitation. I want to be a Kingsman. And I want to invite each of you to be a Kingsman or Kingswoman as well. I’ll explain.

This thought came to me about 4:30 a.m. on the Saturday of the recent men’s advance at Capernaum. The theme of the overnight was “I’M IN” with three subtitles – His Image, His Company, His Name. Fr. Clint had the first, Fr. Christopher the last, and I drew the middle one, “I’m In His Company.” Saturday afternoon of the retreat, Andy Butcher pointed out to us that His Company could be both personal and corporate; that is, it could mean In His Company like on the road to Emmaus, or I’m In His Company, like a company of soldiers. And scripture is clear that we are part of His Kingdom, His Company, if you will:

Col. 1:12-14 giving thanks to the Father, who has qualified you to share in the inheritance of the saints in the kingdom of light. For he has rescued us from the dominion of darkness and brought us into the kingdom of the Son he loves, in whom we have redemption, the forgiveness of sins.

As I see it, this makes us Kingsmen and Kingswomen, people in His presence/company both individually and corporately.

Matthew opens and closes with His presence, His Company.

“The virgin will be with child and will give birth to a son, and they will call him Immanuel which means, “God with us.” Matt 2.23

And the close: “And surely I am with you always, to the very end of the age.”

I thought of the MISSION, to ‘go into all the world, baptize, make disciples…’  I remembered the recent times in India where His Company was so evident, and yesterday when sitting across a desk at Bank America from a recent Jersey transplant and sharing about our ministry at New Covenant and handing him my card. I trusted Jesus was in the seat next to me -- “God with us,” Immanuel, in/on mission!

Mark’s open and close: he skips Christmas and goes right to the Jordan:

“As Jesus was coming up out of the water, he saw heaven being torn open and the Spirit descending on him like a dove…”

The baptism of Jesus is the anointing of the Holy Spirit for ministry, God’s presence to do MINISTRY. The gospel closes with signs and wonders and “Then the disciples went out and preached everywhere, and the Lord worked with them and confirmed his word by the signs that accompanied it.” 16.20

His promised presence or company is given in the midst of our ministry In His Name.  After praying recently at a generational healing event, we heard a story of a woman being blessed by our Lord in the midst of that ministry, and we saw two direct answers, signs, to our prayers while ministering in India. God working with us in ministry!

Luke opens and closes in the temple. “Moved by the Spirit, he went into the temple courts. When the parents brought in the child Jesus to do for him what the custom of the Law required, Simeon took him in his arms and praised God, …”

The presence of the Lord in His temple, in His people gathered to praise and WORSHIP.
And Luke closes with:

“Then they worshiped him and returned to Jerusalem with great joy. And they stayed continually at the temple, praising God.”

The Lord truly inhabits the praises of His people. I think I experience His Company more in moments of praise and worship than any other way, and it is so easy to miss Him, to get distracted from what is really happening – God with us in worship!

It’s the enacted, incarnate Word of God coming into the world.
And the close of the gospel is:

“Jesus did many other things as well. If every one of them were written down, I suppose that even the whole world would not have room for the books that would be written.”

Jesus had said to him and the disciples, “Peace be with you! As the Father has sent me, I am sending you."   And with that he breathed on them and said, “Receive the Holy Spirit."

He gave them power and authority to be sent as He was sent:

God with us in the same way he was with Jesus. Remember what Peter said about Jesus’ ministry as recorded in Acts?

Acts 10.37f …”You know what has happened throughout Judea, beginning in Galilee after the baptism that John preached— how God anointed Jesus of Nazareth with the Holy Spirit and power, and how he went around doing good and healing all who were under the power of the devil, because God was with him.

After they have received the Holy Spirit and power and authority, Jesus asks Peter a critical question.

John 21:15f When they had finished eating, Jesus said to Simon Peter, “Simon son of John, do you truly love me more than these?”

Again Jesus said, “Simon son of John, do you truly love me?”

He answered, “Yes, Lord, you know that I love you.”
Jesus said, “Take care of my sheep.”

The third time he said to him, “Simon son of John, do you love me?”

Peter was hurt because Jesus asked him the third time, “Do you love me?”

He said, “Lord, you know all things; you know that I love you.”

Jesus said, “Feed my sheep. I tell you the truth, when you were younger you dressed yourself and went where you wanted; but when you are old you will stretch out your hands, and someone else will dress you and lead you where you do not want to go.”  Jesus said this to indicate the kind of death by which Peter would glorify God. Then he said to him, “Follow me!”

It has been said that the thrice-repeated question of Peter was to heal him of the three denials of Jesus. That is likely so. In addition, I believe Peter was ignited with a fresh fire of a passion for compassion. It was like Jesus knocked off the valves on the now-combustible love inside of Peter and directed it according to His will. He was in the King’s company and commissioned to care and feed His Company. I look around our parish and look for those who need a touch of His presence and ask how to respond. Join me in being and doing the enacted word, being Kingsmen and Kingswomen with Peter at and from New Covenant.

On this side of life, I believe we are about being and doing. Being, becoming, all we are created to be. This happens through intentional formation, growth and development in our walk with our Lord. By focusing on Him, as 2 Cor 3.18 says, we are changed from one degree of glory to another. And by being “doers” of the Word and not hearers only, as James likes to remind us, we are also being transformed. Our being and doing the enacted word in this world is how the Kingdom comes on earth, what Jesus was sharing with Pilate in the gospel for Sunday, and what prepares us for life with Him in the next while still living in this one.

I would say it’s first to hear Jesus’ question: “Do you love me?” And answer it.

Then I suggest you either ask or listen for what He is asking you to do for Him.
Everyone on the side of truth listens to me. (From Sunday’s gospel.)

*Then find a way to share with other Kingsmen or Kingswomen how you are In His Company in mission, ministry, worship, and being and doing His enacted word, i.e. what He has asked you to do in tending and caring for His people and how that is going. Pretty simple?

“You are right in saying I am a king.”

PS If you are interested in a not-too-sophisticated but decent article on the question, “What is Truth?” Here’s a link-  "WHAT IS TRUTH"