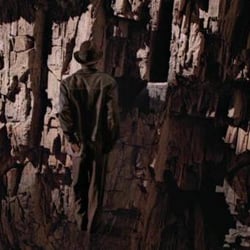 Do you remember the movie, Indiana Jones and The Last Crusade?  Harrison Ford as Indiana Jones is forced to follow clues to retrieve the Holy Grail in order to save his father, who has been shot by the villain.  He comes across a chasm spanning a greater distance than any human could leap.  There is a pregnant pause as Indiana Jones stands, one foot precariously in the air, contemplating the step that he is about to make with his father's voice wafting in the background, "Have faith, boy!"

Obviously, he steps off, but all are surprised when the chasm suddenly rises to meet his foot, or so it seems.  Then the camera shifts to show a new perspective of the small bridge of rock, previously camouflaged, safe passage for those who heeded the clues and believed.

Bishop Carl spoke last week about a book from Pete Greig, The Vision and the Vow.  In it, Mr. Grieg describes the experience of a well-known art critic, looking upon the 15th century work of Italian Renaissance master, Filipino Lippi.  The painting depicted Mary and Joseph with the infant Jesus.  The color, technique and composition were amazing, but the proportions

Apparently he was not completely surprised because many had made those same observations before.  But then he remembered something: the painting was originally commissioned to hang in a "place of prayer."  After dropping to his knees and gaining the perspective dictated by the painting, the scene was "perfectly portioned."

Is it possible that God may be asking us to do something similar?  Every day there are more and more stories that don't seem to add up.  The proportions are all wrong.  Take the recent story of the behavioral therapist in North Miami.  For a moment, don't look at it from a perspective of right and wrong, white or black, autistic or "normal functioning".

Police get a telephone call that a man is walking around with a gun threatening to kill himself.

Who called?  Why did the caller think that the man was threatening to kill himself?

The police arrive as the behavioral therapist is trying to coax the autistic man back into the home.  Confusion ensues, and somehow, the behavioral therapist is wounded, and the policeman, when asked why he fired, is heard muttering, "I don't know."  Our regular categories for sorting out this type of scenario don't seem adequate.  Even if we agree-as we must--that racism still exists in the United States, we are left scratching our heads. We are more polarized that ever as groups within groups get angry with those who do not completely see things from the "correct perspective".  What is a Christian to do?

Enter Hosea, the first of the twelve minor prophets  He is often depicted as the prophet of doom.  When God begins to speak with Hosea, God tells him to go marry a prostitute or promiscuous woman.  He does and thus  sets up in living form the story of Israel and her God.  Hosea gets to experience the pain of the bridegroom living through the infidelity of his bride, where God is the bridegroom and Israel is the wayward bride.

It would be easy to accept one popular viewpoint: We (America) have turned from God, and He is punishing us.  We need to turn from our evil ways and repent.  Sounds pretty biblical.  It is the call of God since Genesis.  But that explanation for our current circumstances lacks something; the true interpretation of our call to repentance is actually something a bit different.  If we are honest with ourselves, we are really saying, "I want things the way that they were.  I want to avoid conflict and get back to living my life as I think best.  If those who have tried to change things would realize that they are wrong and go back to the way it was, then our country would be great again."

Just as we must be aware that our story is but a part of a greater story, the portion of Hosea that we identify with, punishment and exile, is not the point nor the full focus of the story.  In fact, even Hosea's name is associated with salvation in Hebrew.  God directs Hosea to name his first child Jezreel as a warning that He [God], would soon be punishing the house of Jehu for the massacre in Jezreel.  Then at the birth of his first daughter, Hosea, following God's will, names her Lo-Ruhamah (not loved).  God says he is going to turn his back on Israel.  To make matters worse at the birth of Hosea's second son, God tells Hosea to call the child Lo-Ammi (not my people).

But God, Father, Son and Holy Spirit, made known through the earthly presence and life of Jesus of Nazareth, always redeems.  His promises are always fulfilled.  So how can the covenant with Abraham be fulfilled if God is turning His back on the people in the times of Hosea?  Read the final verse of this week's readings from Hosea:

Yet the Israelites will be like the sand on the seashore, which cannot be measured or counted.  In the place where it was said to them, "You are not my people," they will be called 'children of the living God.'           NIV 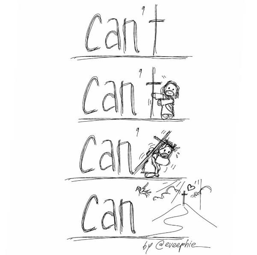 Initial impressions generated by the text are not accurate.  By the final chapter of the book, God, as He did in Deuteronomy, has circumcised the hearts of His people and redeemed them.  The story is about God and His unfailing love.  The entire story of God outlines the fact that apart from Him, we have no hope of salvation. In Hosea's time, it meant that the destruction of the kingdom was assured if Israel relied on alliances, military might and her own power.

We face a similarly daunting challenge.  Perhaps a change of posture would helps us see the events from a more balanced perspective, much like the art critic who allowed the painting to dictate the proper perspective.  Our current predicament is not new.  We know that God has looked upon lost generations before.  But the work to be done is God-sized.  We can't cure a culture, but God can.

Take heart, there is something that we can do. But how does it change the picture if we view the predicament as a test of our compassion and love rather than as a prediction of our pending doom?  Abraham reminds us in Genesis 18 that God will not destroy a city if He can find but one righteous person.  If we pause and give thought to the fact that these fights are not against people, but against powers and principalities, we might feel a tad less confident in our own understanding and a bit more powerless.  If that forced us to repent and turn to Him for the answer, would that be such a bad thing?

The solution is far from a call to pray to some unseen magic worker who will make everything new while we wait, untouched, on the sidelines; it is in fact a call to discipleship.

Join me Sunday as we investigate what it means to be a disciple.  Read Paul's letter to the Colossians, where he encourages them to "walk in Him [the Lord], rooted and built up in him," and then look at Luke as he memorializes Jesus' lesson on prayer.  How will these lessons shed light on such dark recent events as we see daily in the news?  Let's take a look together.