8AM TRADITIONAL SERVICE
10AM CONTEMP. SERVICE
Articles » Conquering the Dragons

Originally sent to the parish via email September 16, 2016 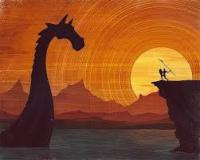 I have a strange way of relaxing, or perhaps not so foreign to some. I may lose some of you right here as I admit that I love to sit in front of the television and vegetate when I have nothing else special to do. The idea of viewing the world through another's eyes is somehow intriguing.

With the advent of streaming video, I can go back to old shows that I never before took the time to view and see a series commercial-free. No inane commercials trying to convince me that the world is really much different than I have come to believe, as if purchasing a certain brand of beer will transform my middle aged couchpotato honed body into Adonis-like perfection and teleporting me to a semisecluded beach with my scantily-clad wife and our half-dozen model-quality friends watching the sunset as we sip on the nectar of the gods that made it all possible.

My tastes normally center on the light, comedic shows like Limitless that have a mix of message and humor. Even some British murder mysteries like Death in Paradise or Rosemary and Thyme have caught my interest as they concentrate on some of the darker things in life in a lighter way. I think that I have shared with you before that I like a Cinderella story on steroids. My children will say, "Well, not everything has a happy ending..." To which I quickly respond, "And your point is?" I guess I should be a little more priestly and try to explain that ultimately there is happy ending if we take our faith seriously.

Recently, we have been watching a show about a much darker side of humanity, Criminal Minds. It has the same drama that draws you into the lives of the characters without overwhelming you with the depth of depravity that the characters are forced to endure, despite the fact that the humor is not as prevalent. I am sure that someone could make a more than reasonable argument as to why it is not in my best interest to spend God given time passively sitting in front of a television screen.

Yet I find that God uses even this medium to speak to me. At the start of every show, after the introduction of the episode as they are flying off to whichever city needs their help, one of the characters shares a quotation from a historical figure that they weave into the fabric of the story. In an episode that we recently watched, the quotation came from GK Chesterton. For sticklers of authenticity, it is argued that the quotation was a paraphrase and cannot be definitively attributed to Chesterton. Regardless, it spoke to
me.

"Fairy tales do not tell children 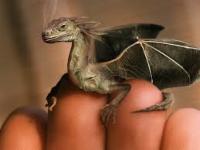 I had been scouring the commentaries about the parable we are going to cover on Sunday. Countless viewpoints had been raised, and the only thing that everyone seemed to agree upon is that the parable is among the most difficult in the Bible, but that has not always been so. The traditional understanding of the passage remains the strongest, all-encompassing explanation of the parable, but its acceptance requires two things:

1) You have to be willing to accept that not all questions are answered or perfectly understood.
2) Like the children, you have to already accept that there are dragons.

Only when we begin from an understanding that Jesus is Lord and therefore our entire life must be in submission to His will can we begin to understand His message.

Accept these two premises, and you can then incorporate and investigate the nuances that others have revealed. In many ways, the difficulties we find in the passage come from the baggage we bring to the Scripture and not the Scripture itself. For example, we have many questions about the honesty or
integrity of the rich master, but the Scripture as we find it does not focus on him. His role seems morally neutral. He instigates the crisis for the manager, but his moral fiber is not on trial. Not until the master commends the action of the manager about to be sacked do we question his judgement or feel some sort of dilemma.

Could it be that the burr we feel under our saddle has more to do with our struggle to believe in dragons than it does with the seeming injustice of the Master's commendation of the dishonest manager, and if so, what new light does it illumine on our path as we follow the Lord?

Since we know dragons are real, let the fairy tales bring you the hope of defeating them.

Rest if need be, be encouraged, but do not sit still. Keep following our Savior and growing in the faith.