8AM TRADITIONAL SERVICE
10AM CONTEMP. SERVICE
Articles » STORIES FROM INDIA

Originally sent to the parish via email September 23, 2016 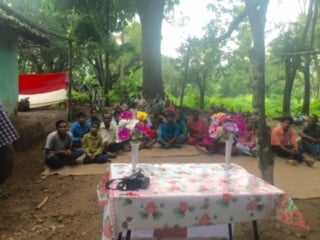 This is Birsingh (beer sing)

In a newsletter a year plus ago, Ivan shared the testimony of a young man named Birsingh. He attended the Mission India Conference last year in Delhi and I recorded his testimony. It is amazing. Here's the brief version.

After Birsingh came to the Lord he began praying for people and they would get healed and come to know Jesus as their Lord. This was bad for the witchdoctor's business, he was stealing and converting the witchdoctor's clients, so they hired 7 mercenary type soldier terrorists to murder him.

God had warned Birsingh and even told him how much each had been paid. When they arrived and grabbed him by the throat to drag him outside, he told them that God had told him about them and even how much they were paid, and then he said he wanted his weapon, the Bible. They allowed for that. When they fired, two times, none of the bullets hit him. (He took us to the clearing where they shot at him). They ran and one dropped his gun. Birsingh picked it up and was about to shoot when he heard a voice say, "Don't do that." Several returned a couple days later, he thought it was to try again to kill him, but no, this time it was to ask for forgiveness! One is now in his church.

BTW, he has now planted 3 churches and teaches morality at his school. Ivan calls him the "accidental pastor."

This year, the 2nd Mission India Conference was in Birsingh's neighborhood. His village is in a jungle and one afternoon we made the trip to his home. We were greeted at the head of the path by dancers and drummers (a brief video attached) and escorted to seats for foot washing. Then, following something more than a spritzing of water, the distribution of leis. After introductions they asked if we would pray for them, which was our blessing. 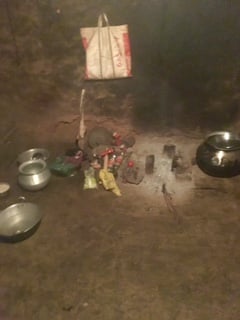 Birsingh then invited us into his home where he and his 6 siblings, parents and grandparents live - roughly a 10x20 mud room.

When I saw this all I could think of was the gospel lesson for this Sunday and could only imagine the place Jesus has prepared for him:

"But Abraham replied, 'Son, remember that in your lifetime you received your good things, while Lazarus received bad things, but now he is comforted here and you are in agony.'"

During the week Birsingh asked several times to talk with us about pastoral and personal issues.

This is Birsingh, an amazing young man and servant of our God! You have to think of the prophet Jeremiah. Especially when one time God sent him to witness to the police chief which was not without great risk: "Ah, Sovereign LORD," I said, "I do not know how to speak; I am only a child." But the LORD said to me, "Do not say, 'I am only a child.' You must go to everyone I send you to and say whatever I command you. Do not be afraid of them, for I am with you and will rescue you," declares the LORD.