8AM TRADITIONAL SERVICE
10AM CONTEMP. SERVICE
Articles » Draw Near to God Via Lust & Mammon

Draw Near to God Via Lust & Mammon

Dear Friends at New Covenant,
We began our year drawing near to God through His Word, in Worship, and in Prayer.
During our 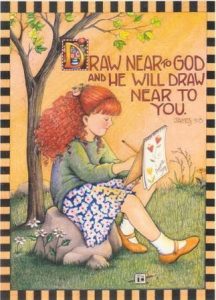 leadership retreat I asked our vestry, intercessors, and worship leaders to press into God in these three areas.  Fr. Christopher and I have invited our congregation to do the same, and have provided a way to do that which has been nicknamed, "The Prayer Book on Training Wheels."  Barbara and I have found it a wonderful way to start the day and draw near.
As we cross the half way point of the year, and move into summer, I wanted to share two more ways for us to draw near to God, oddly enough, via lust and mammon.
******
"Lust can be focused but not eliminated," so says Andy Stanley, in his last chapter ofEnemies of the Heart.  He suggests it is different from the other enemies; guilt, anger, greed, and jealousy, in that it is God given.
Lusts' definitions indicate that it is something very powerful that comes from somewhere deep inside us.  I was intrigued by the author's suggestion that it could be refocused.  What if we were to focus, train, our deepest, almost subconscious, desires on to the things of the Kingdom of God?  Could we harness, or loose it, this force within us, for good, for God?  Perhaps with God's help, since it is from him, with His might, we might.
I believe it's possible.  Aren't all things with God?
With this on my mind: A couple weeks ago I was blessed to listen to Bishop Fitzsimmons Allison, with several of our African partners, as he talked of creating the word 'metakardia,' instead of the word metanoia, for repentance.  Metanoia is the Greek word for repentance, which means a change of mind.  Bishop Fitz said, "I can change my mind five time in a minute.  What needs to be changed is my heart.  We need metakardia more than metanoia."
Since then I have been testing it out, seeing if I can lust for the things of the Kingdom of God, i.e. loose the strength of something like lust to work for the good, for God.  Here's one incident where I believe the fruit of my efforts was manifest, where the metakardia had done its work.
It was a routine hospital visit, but as I listened to the patient, I realized I was hearing more than the words of the person speaking.  It was as if our Lord began to paint a landscape of the inscape of this person's life and it was absolutely captivating! It was gorgeous, and as I left I told her how wonderfully blessed I was listening to her story, more than she could guess.  This hasn't proven to be an isolated incident.
Refocus your lust.  Turn it to the things of God, His kingdom.  Want to be part, share in, and partake of His realm and His riches?  Then really want it!  Be intentional, and seek metakardia.
Lust, as we know, is powerful.  Beware then, that if the things of his His heart become your deepest, almost unconscious, desire, you will get closer to Him and the metakardia He may perform on your heart may be overwhelming.  Lust is powerful.
******
Mammon, it, too, is powerful.  Money even talks, as they say.  According to Jesus it contends with Him for our worship, and he adds,  'we can't serve two Gods.'  It's Mammon or Him.  Choose this day whom to serve.
It's unnerving, but Jesus cares enough to watch what we do with it, e.g. ' the widow in the temple.'  He was so concerned about the power and influence it has that, according to the scriptures at least, he spoke more about money than he did about prayer.
Like lust however, we can use it to bring us closer to our Lord and in turn affect a transformation of our heart, metakardia.  At one point Jesus says, 'where your treasure is there your heart will be as well.'
If you want your heart to be closer to God, it will, as they say, follow the money.  And this is true too; if you do begin to lust for the Kingdom, you will invest in the Kingdom of God!  It becomes a priority, the priority.
(I want to let you know that we are about 39K short of our budget to offerings so far this year.  So, if you have been on vacation or traveling, or if you are behind in your tithing, it would be a true blessing if you can catch up.  Thank you.)
******
The most caring thing I know to do for anyone is to encourage them to draw near to their Lord; the one who knit them together in their mother's womb, who knows their days before they are lived, and gave the life of his only Son that they may have life, abundant and eternal.
Dare to Draw Near,
Carl