8AM TRADITIONAL SERVICE
10AM CONTEMP. SERVICE
Articles » A Couple of Reflections on Humility

A Couple of Reflections on Humility 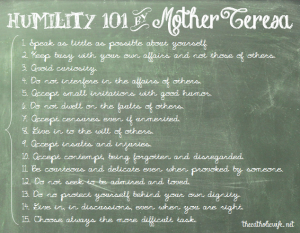 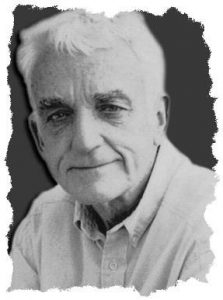 "The deeper we grow in the Spirit of Jesus Christ, the poorer we become - the more we realize that everything in life is a gift. The tenor of our lives becomes one of humble and joyful thanksgiving. Awareness of our poverty and ineptitude causes us to rejoice in the gift of being called out of darkness into wondrous light and translated into the kingdom of God's beloved Son."

The Ragamuffin Gospel: Good News for the Bedraggled, Beat Up, and Burnt  Out

Who is someone you consider to be humble?

What is it about them that exhibits humility?

Are there times when you felt humbled?

During World War II, Winston Churchill was awarding the Victoria Cross to an Air Force sergeant who had climbed out onto the wing of his bomber with only a rope attached to his waist - while it was 13,000 feet in the air. His efforts saved both the plane and his fellow crew members.

At the ceremony, the soldier was so overwhelmed by Churchill's presence that he could barely speak. Churchill observed this and said, "You must be very humble and awkward in my presence," to which the sergeant replied, "Yes, sir."

Then the Prime Minister responded, "Then you can imagine how humble and awkward I feel in yours.

Blessings to You All!