8AM TRADITIONAL SERVICE
10AM CONTEMP. SERVICE
Articles » Three Men, a New House, and a New Heart

Three Men, a New House, and a New Heart

Admit it....sometimes we see something, make an assessment, and judge... in a few seconds...sometimes harshly. 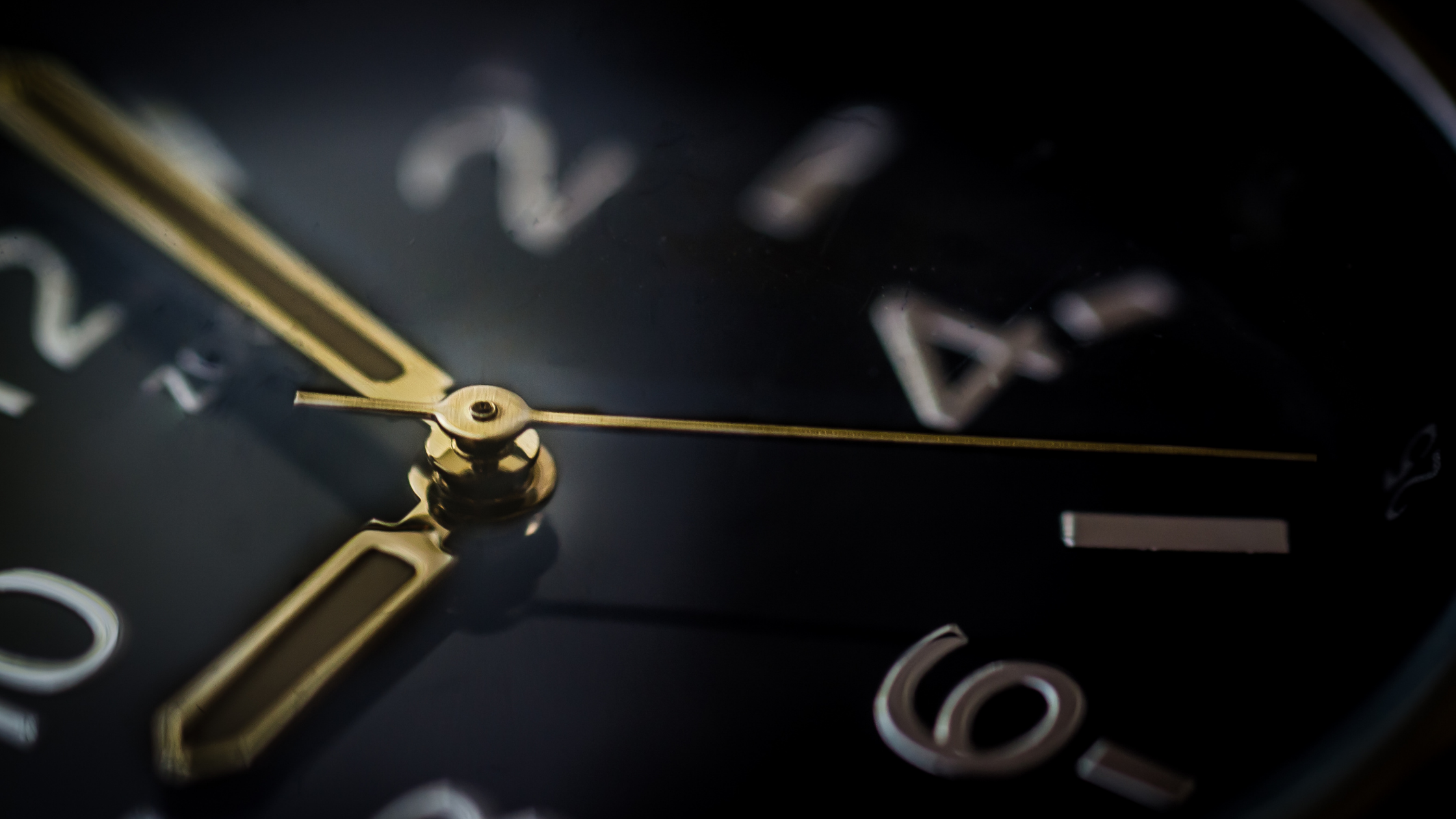 I know I do it, subconsciously and sometimes blatantly outright. You know what I mean–like, when I was a teenager and saw a really hot guy. I automatically assumed he was probably very cool in every other way as well; I would size up someone based on what I could see on the outside.
I also believed others would decide what they thought of me by my clothes, whether I was fat, or even by my hair. 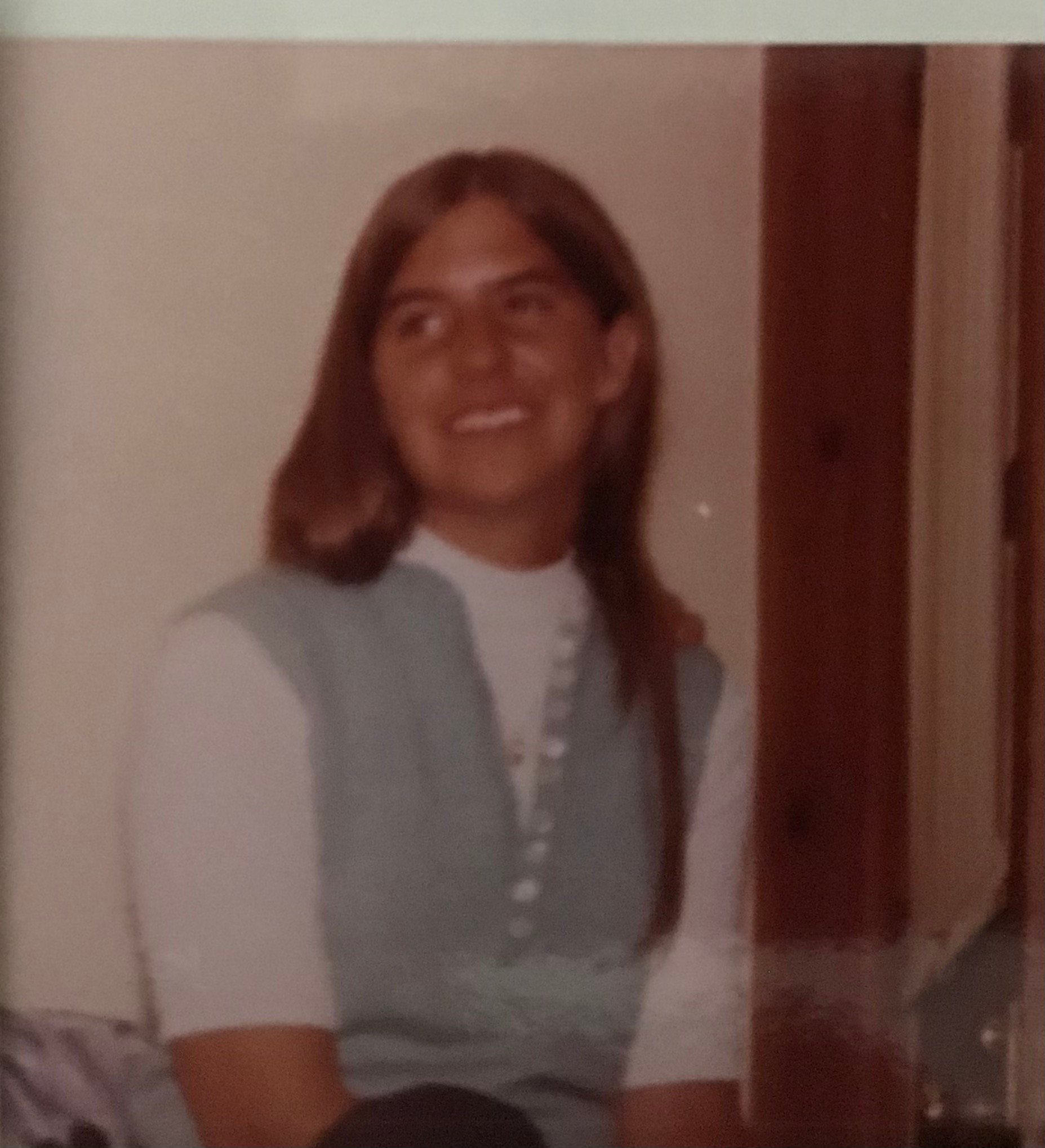 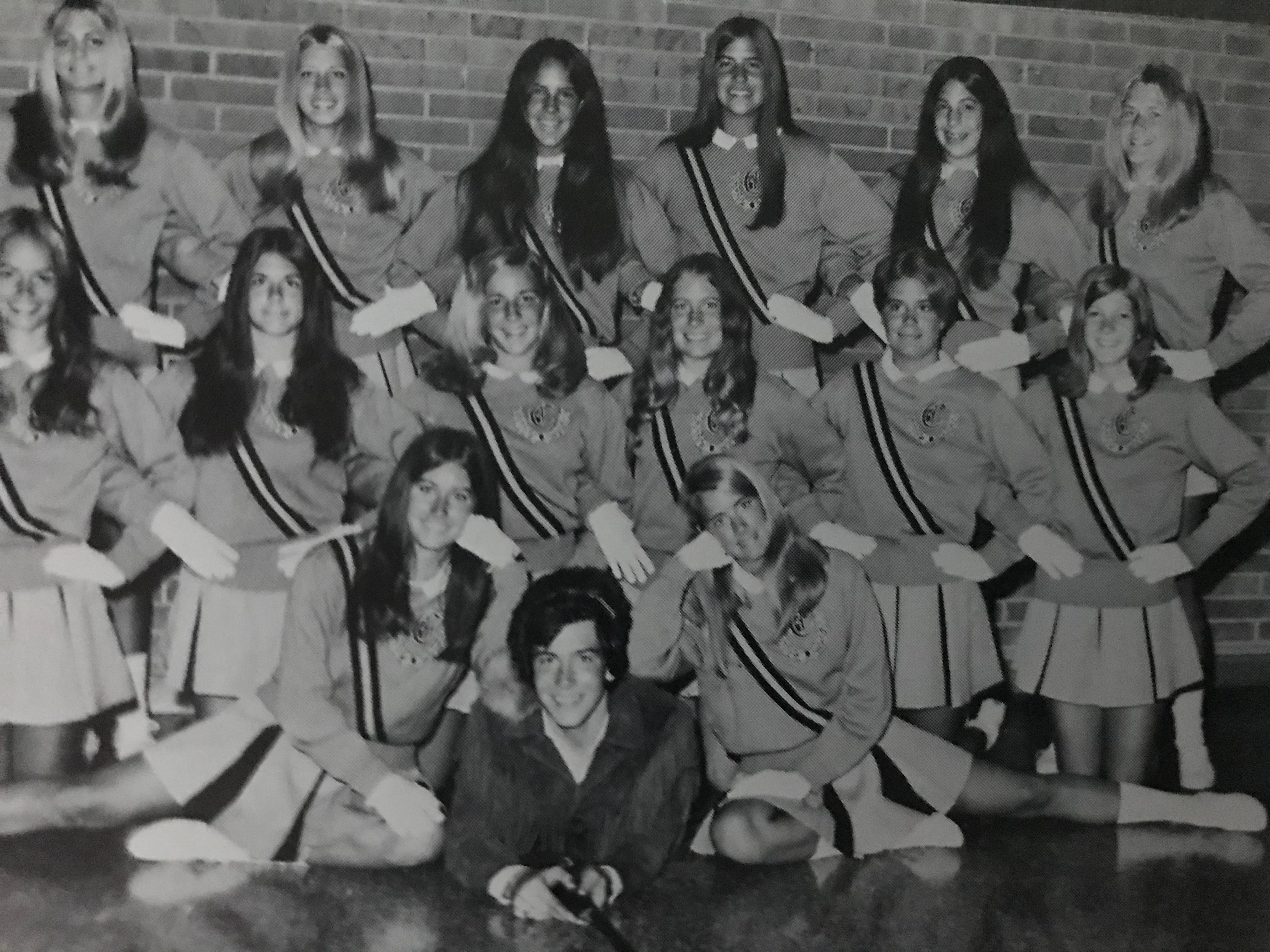 As an adult, perhaps by my car, my home, my job, my family, my education...still my hair! 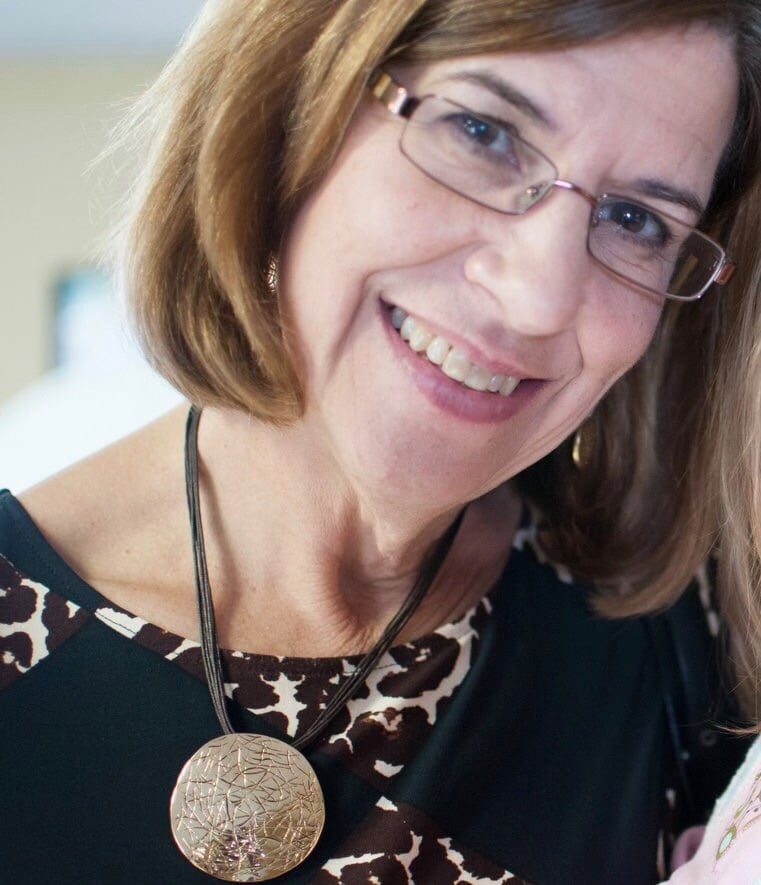 You can put anything in here....I know you must have at least one thing you have judged people on, or feel you have been sized up by.
Well, there is a time still sharp in my mind when I made some judgments and so many assumptions, and boy, did God get me!

It was early in my days as a realtor. I worked at a small, boutique real estate company in a Country Club Community, with a big INFORMATION sign out front. 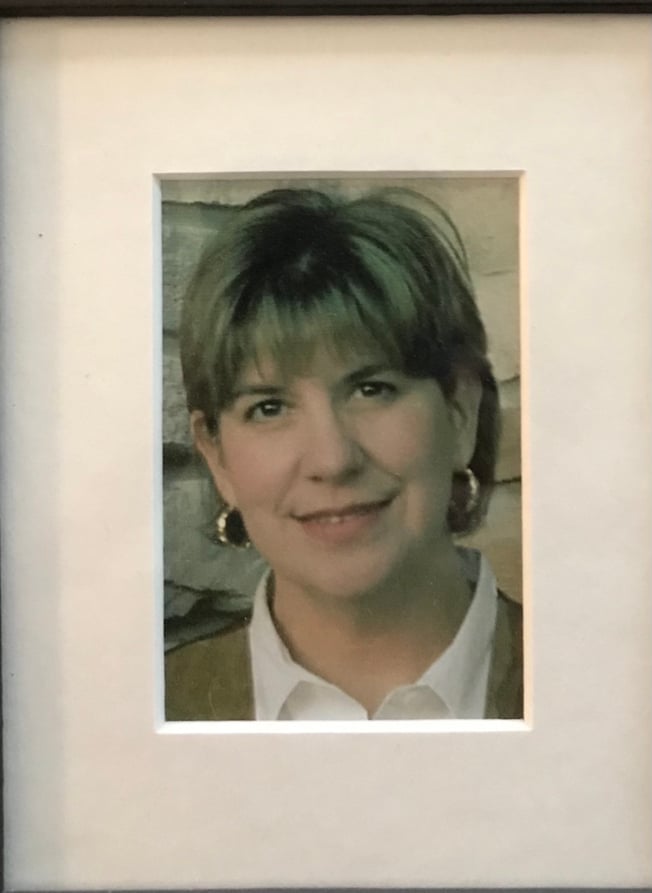 Some people came in looking for a house, others really just wanted information, and some were simply curious. When I was on duty and someone would walk in the front door, it was my job to take care of them—and, sometimes they would even buy a house! 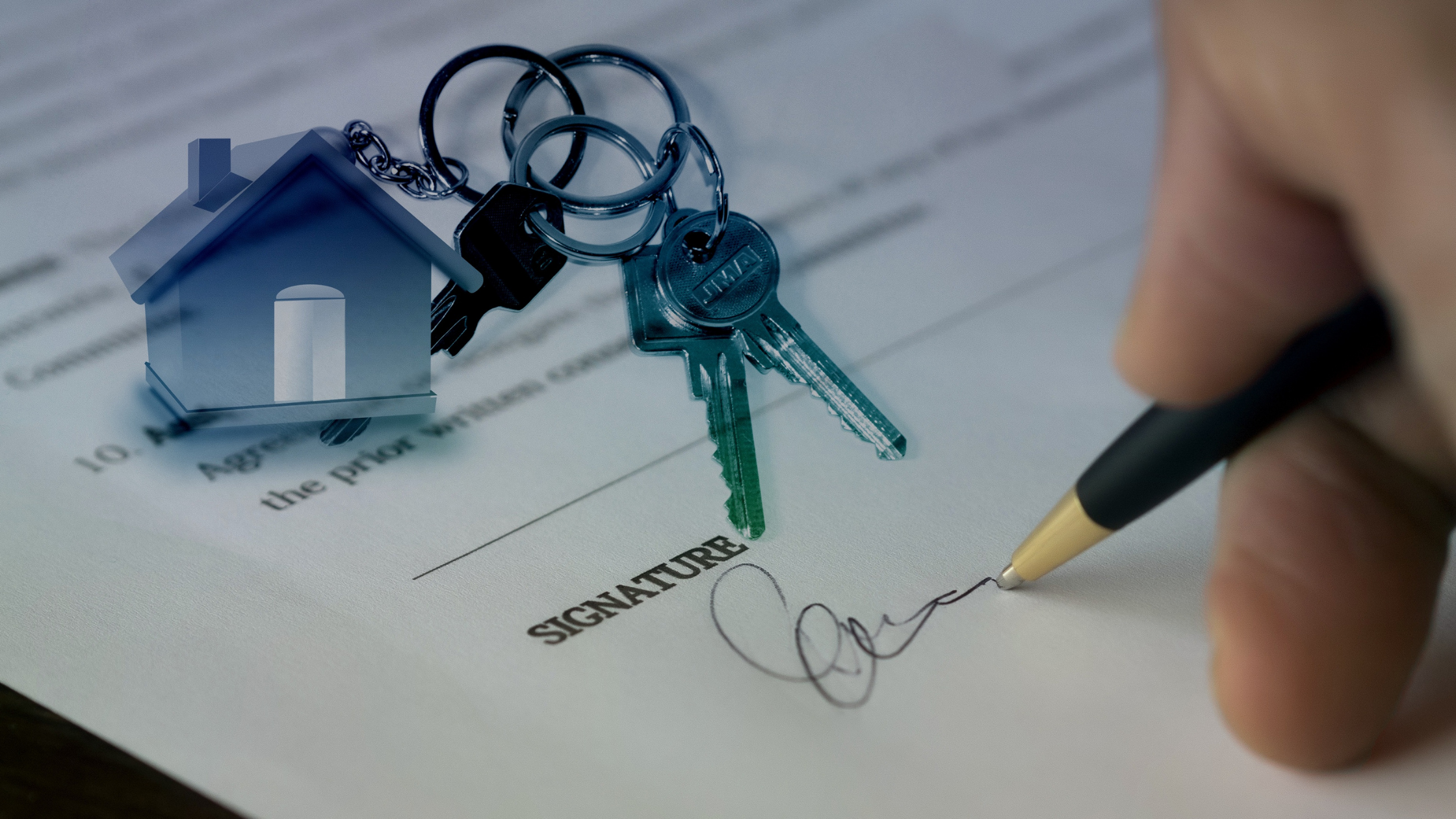 On this particular day, mid morning, I watched as three men got out of an old beat up Cadillac and moseyed (yes, they moseyed) toward the front door of the office, one chewing tobacco and spitting, another smoking a cigar, and well, the third just tagging along behind. 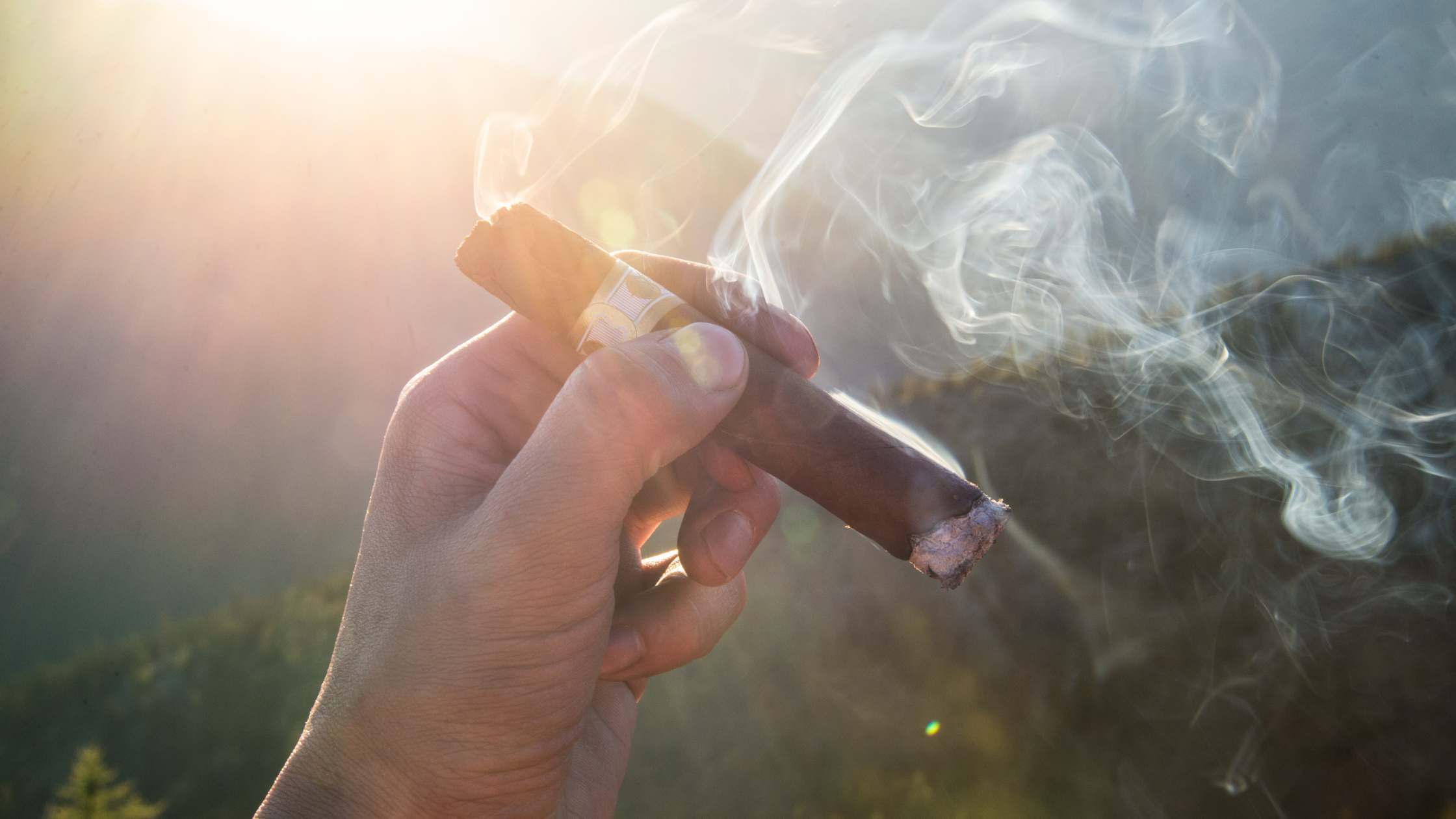 I greeted them, and they said they were down from Canada and wanted to buy a house. Well, I thought to myself, "How is this going to play out?" These old men must just want some information, but I would do what I could.
So, after some searching, I picked three houses to show. They only wanted to see vacant homes...hmmm...some warning bells were going off in my head!

Despite the Warning Bells

Out we went, but I did let another agent know where I was headed, and said, “If I don’t come back in an hour or so, come looking for me...I may be kidnapped or even murdered by these guys!” The other agent said he wouldn’t wait that long and certainly would come check up on me. This was back in the era before cell phones, when communication and reaching out for help didn’t bring an instantaneous response.
The men followed me in their old Caddy, as I said I preferred we take our own cars so they would have plenty of room. Ha!  Really I was thinking to myself, “There is no way I’m getting in a car with these three old men.”

The agent in my office came to check on me at the first vacant house after only 10 minutes, and then again after that. I was safe so far, and was glad I had someone looking out for me!
After seeing the three houses, we went back to my office, and the three men said, “We are going to lunch, and we will be back to let you know which one we will buy.” Again... hmmmm... really? I was certain I’d never see them again.
About two hours later, there they were...Mr. Chewing Tobacco, Mr. Smoking a Stogie, and Mr. Tag-a-long bringing up the rear of this odd trio. Jules (Mr. Chewing Tobacco) said, “I will take the last one we saw.”
I questioned, “You’ll take it?”
He allowed that his friend, Ian (Mr. Smoking a Stogie), was the one who would handle any paperwork and was his right hand man. He said he would pay in cash in ten days, and that I should call his money person in Canada to verify he had the funds.
He added that he and his friends would be going on holiday until it was time to close on the house. I got the information I needed, and off they went to a sunny beach in south Florida.

Was This a Scam?

Well, when you buy a house, there are things that need to be done before you get the keys (even when you are paying cash), but I was unable to reach them while they were on their vacation using the phone numbers they gave me—they were MIA, and I thought this really was a scam, and I had been taken!
What do you know....they showed up at my office ten days later with their money in hand, literally—said they had all been very ill during their holiday and were in bed the entire time. I told them I was happy to see them and pleased they had recovered, but they could not bring their suitcase of cash to the closing table...a cashier’s check would be necessary. 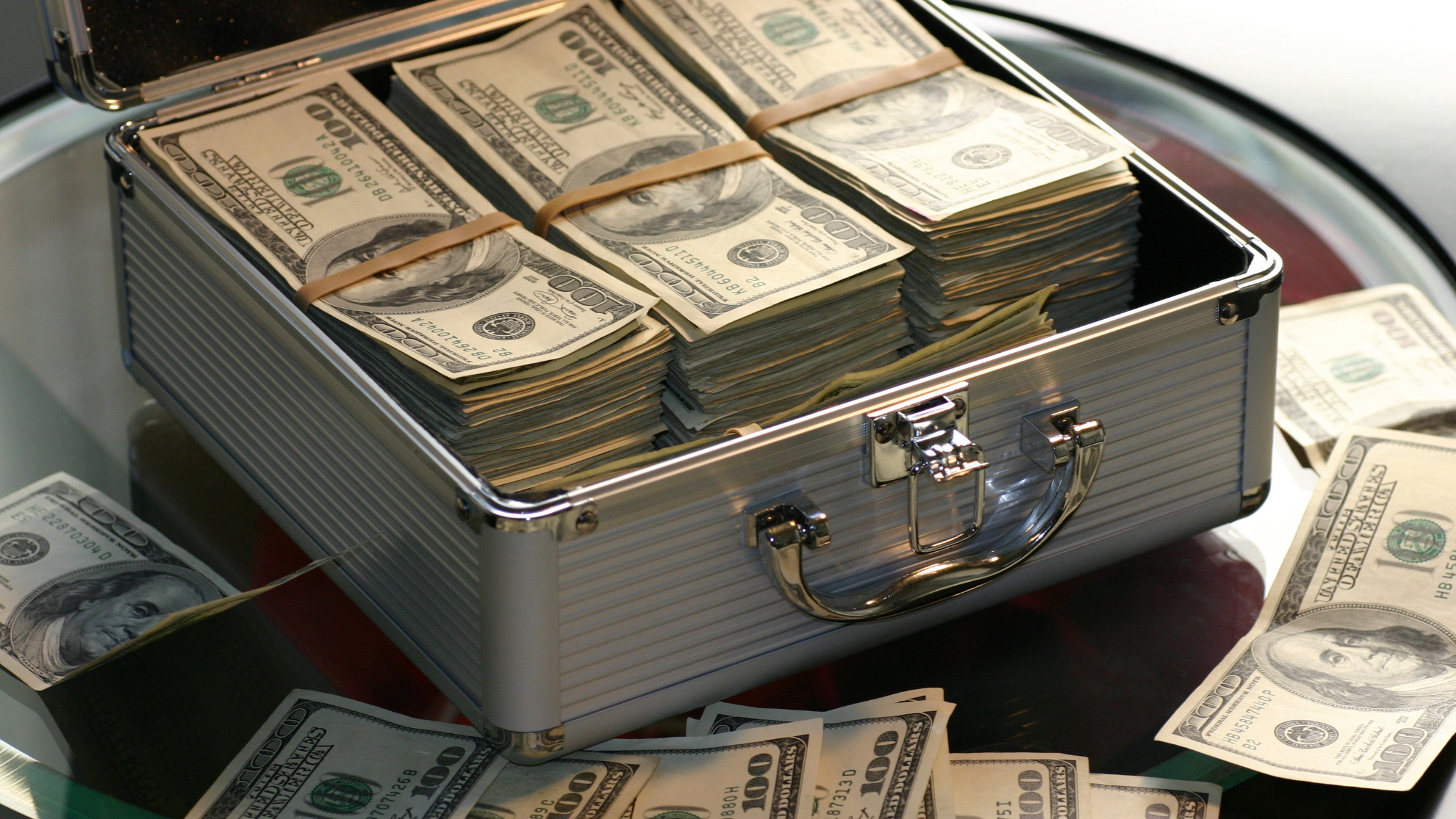 Hmmm...off they went again....and, I let them know it might take a few days to get everything in order. I sent them on their way, but I said, "DO NOT LEAVE TOWN, and make sure I can reach you!"
I probably sounded like the police!

A New Way of Seeing

I must say during my few encounters with them, I came to see Jules as a big teddy bear, though really rough around the edges, and Ian as his protector and best friend, who took care of everything and always had his back. The third fellow was just a friend, whose name I don’t recall. I became fond of both Jules and Ian.
It is what happened at the closing table that really got me—I saw so many glimpses of God’s kingdom in a moment....kindness, love, true friendship and servanthood, and it cut me to the core how I had judged and made assumptions about people I knew nothing about, just from their appearance.
I was convicted in an instant.
Looking at the closing documents, Ian was taking the lead. Hmmm...something was amiss. The plot thickens...again!
I had found out that Jules (who was purchasing the house) was an accountant of some sort in Canada, and a friend loved by all...so, what was going on? Why wasn’t Jules reading the documents? Why wasn’t he involved in this process?
WELL, Jules couldn’t read....and Jules couldn’t write! He had NEVER learned how to read or write, except for numbers. And signing his name was a painstaking exercise for him and for those of us watching. 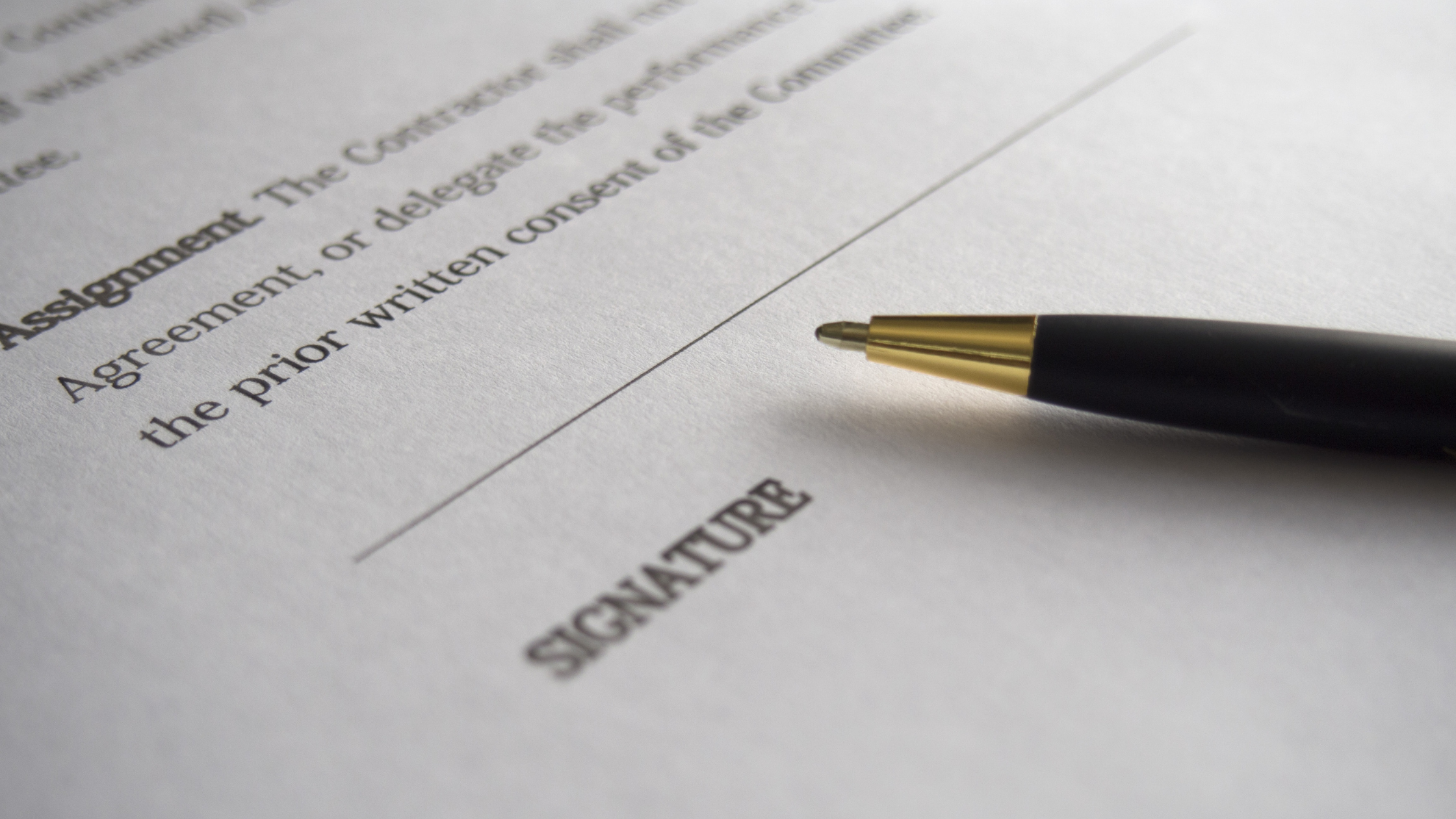 Anyone who has bought a house or a car knows there is a whole lot of signing that must be done! I was wondering how this was going to go. He was utterly embarrassed as we all sat together- the three guys, the closing agent, and me, but Jules’s friend Ian did what was necessary, and the title agent was unbelievably kind.
Once she understood, she was very accommodating, and I was close to tears. I had not met an adult who couldn’t read or write EVER, at least a little. Great love was shown at the table that morning. 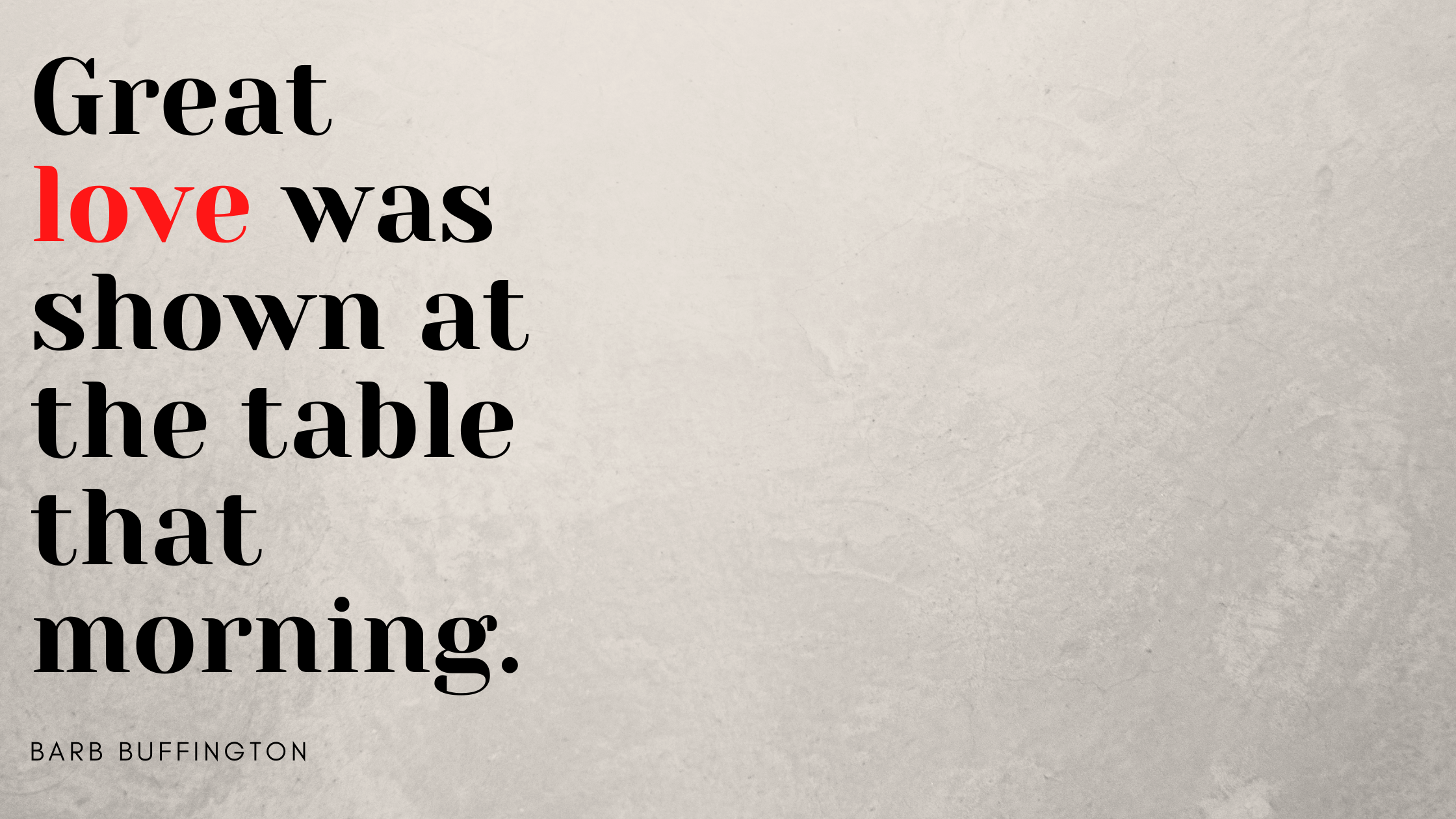 Something broke in me that day–and, I have never forgotten Jules or his friend, Ian. God showed me HIS heart for the hearts of others.
So often we see the hard, exterior of a rough, brown coconut shell, which when cracked open gives a pure beauty and a smooth inside, and, more times than not, I believe that I see what is NOT truth when I don’t go beyond the first impression. 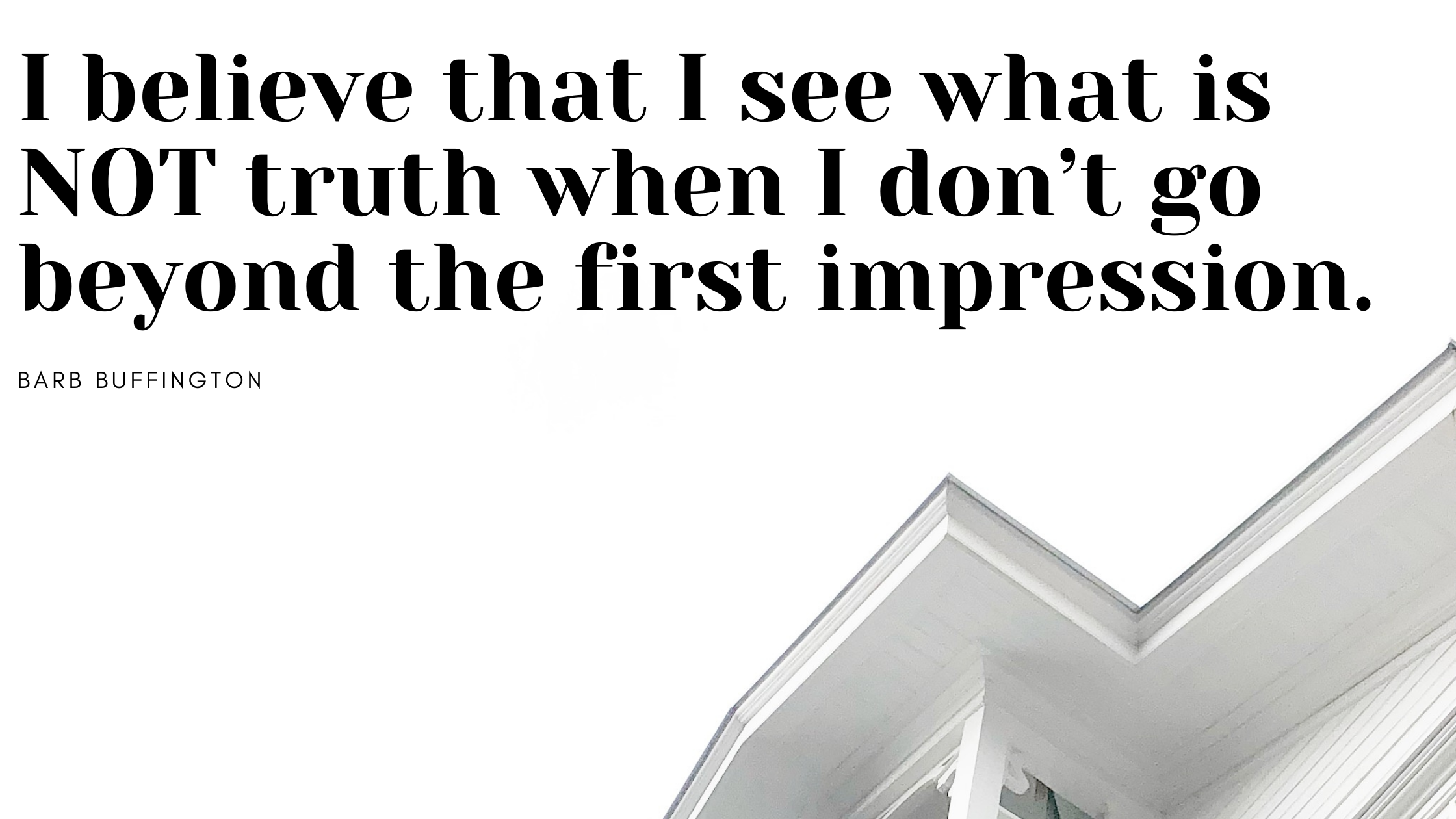 Surely, I have missed God’s wonder, his grandeur, his beauty, time and time again. But, when I get reminded of Jules, it makes me pause....and look beyond what is seen by the eye at first glimpse, to see the loveliness of God in another human being.
P.S. A few days after Jules closed on his house he came by my office to say thank you. He had a purse for me, filled with $100 dollar bills. No, I didn’t keep the money, but I did accept the purse, which will always serve as a reminder of the lesson Jules taught me, even as I continue to need the reminder twenty-five years later.
Do you have any experience with "judging a book by it's cover?"  Let me know by commenting below.
Do you want to hear more from Barb?  Read her article, "Come In...You Belong Here." 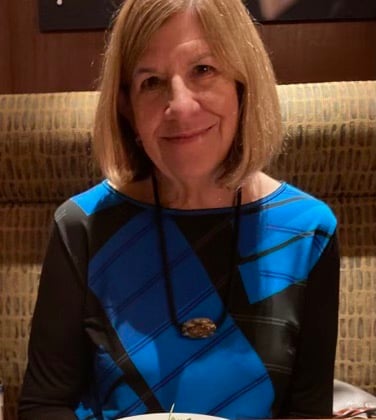 Barb has spent her whole adult life in ministry--from her own family, to teaching kids with special needs, to working for a Christian conference center. She and her husband, Bishop Carl Buffington, live in Winter Springs with Sammy, their exuberant and adorable golden retriever.