One way to know if you are following Jesus or not is to check your heart.

By that I mean, is there a longing there for something more?

I shared this thought a couple of Sundays ago using the illustration of Denver Moore, a homeless man, who in his homily at a funeral for Miss Debbie (Deborah Hall) says, “We’re all homeless, just working our way home.”  (from the book and movie Same Kind of Different As Me.)

Is there a longing?

Do we sense that there is another home for us?

Have we indeed “checked into the hotel earth overnight on our way to the heavenly Jerusalem,” as Brennan Manning liked to say> 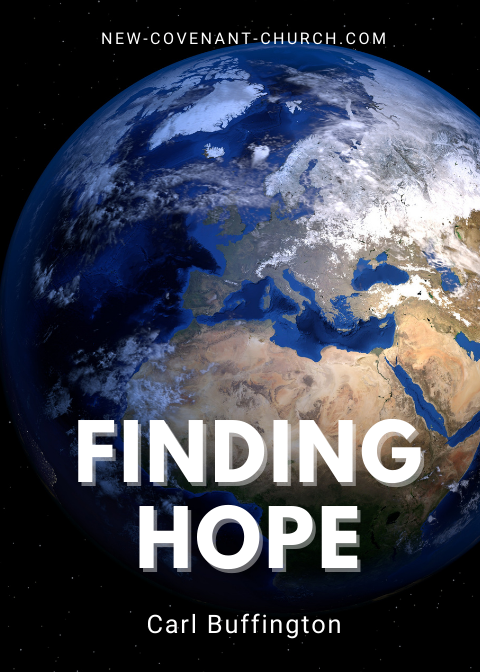 Prepared by the Process

In the process of working our way home, we are changed or transformed. The purpose of this process of transformation is to enable us to live more fully in the Kingdom of God now, and to prepare us for us the new heavens and new earth.

Today we live in ‘the already and not yet’ as some say.  Mickey Mantle once said, “If I knew I was going to live this long, I’d have taken better care of myself.”  And I have heard others say, “If I knew there was life in the hereafter, I would have lived differently in this one.”

We follow Jesus, who said that he was the WAY, TRUTH, and LIFE.  Following Jesus, the way to the Father, is a journey we take when we are driven by our hearts. Henri Nouwen once said, “…by heart I mean the center of our being where God has hidden the divine gifts of trust, hope, and love.”

Two Things on My Desk

Two things arrived in my texts on the same day last week. One was the notice of a COVID death of a former family-in-law.  The other was a sermon by Tim Keller entitled, The New Heavens and New Earth, referencing Revelation 21.1-7.

Then I saw “a new heaven and a new earth,” for the first heaven and the first earth had passed away, and there was no longer any sea. I saw the Holy City, the new Jerusalem, coming down out of heaven from God, prepared as a bride beautifully dressed for her husband. And I heard a loud voice from the throne saying, “Look! God’s dwelling place is now among the people, and he will dwell with them. They will be his people, and God himself will be with them and be their God. ‘He will wipe every tear from their eyes. There will be no more death’ or mourning or crying or pain, for the old order of things has passed away.” He who was seated on the throne said, “I am making everything new!” Then he said, “Write this down, for these words are trustworthy and true.” He said to me: “It is done. I am the Alpha and the Omega, the Beginning and the End. To the thirsty I will give water without cost from the spring of the water of life. Those who are victorious will inherit all this, and I will be their God and they will be my children.

I plan to send this sermon to the two sons whose father died in hopes that it will give them hope. Here are some of the highlights for me at least of this message of hope.

A Message of Hope

Keller points out that this was written to give people a living hope. Christians were being crucified without number, torn apart by wild beasts for others’ entertainment, and they needed to have hope.

Tim Keller breaks this talk into three parts: the Nature of hope; the Need for hope; and How to Get hope.

The Nature of Hope

He says that the nature of this hope is the coming down of the New Jerusalem, not the going up of God’s people, and making all things new!  New bodies, a new world, transformed, healed, no more groaning, no death, no mourning.  There will be feasting!

He talks about a soul longing, a blissful and soul longing that we have now, and the resurrection of Jesus is the first fruit, the first installment of what’s to come.  It’s the rebirth or the mending of what was broken in Genesis 3. When we lost our relationship with God, all other relationships were shattered as well.  So there, there will be joy, and peace, and hugging in the new heavens and new earth.

The Need for Hope 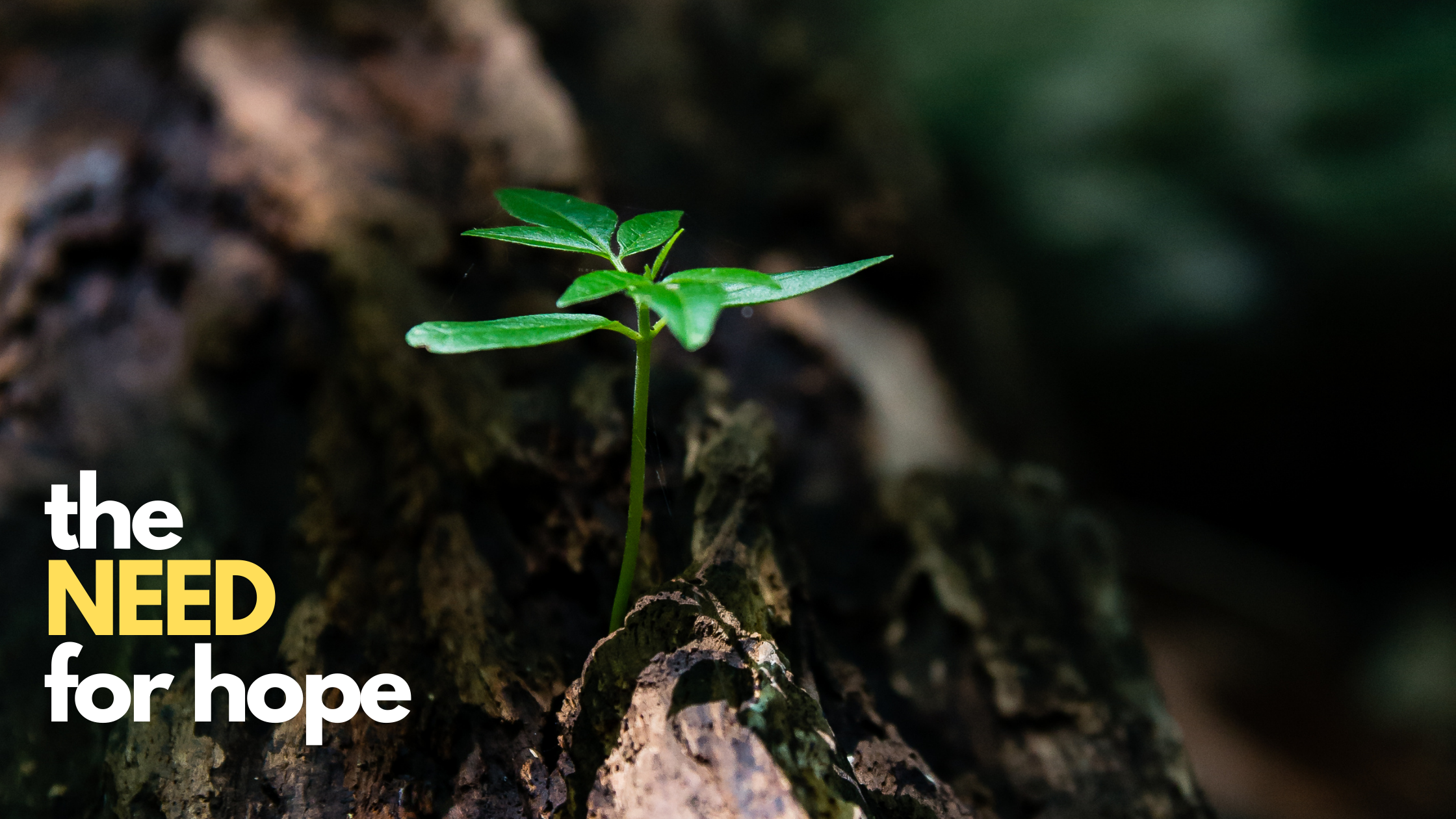 When Tim Keller talks of the need for hope, he refers to the horrors the hearers were facing.  He goes on to use a couple of examples of how hope helps us to endure.  One powerful illustration has to do with a study by a Harvard professor of African American Spirituals and how ‘other worldly’ they were, and that was what gave slaves the capacity for endurance, the tenacity to endure their mistreatment.  Don’t miss it!

About here Keller asks, “Do you believe that when you die, you rot and that’s it?  Or do you believe in a new heaven and a new earth?”  He adds that “when the hope of this new destiny pierces our hearts, this becomes our destiny and this will change us!”  Talk about transformation!

How to Get Hope 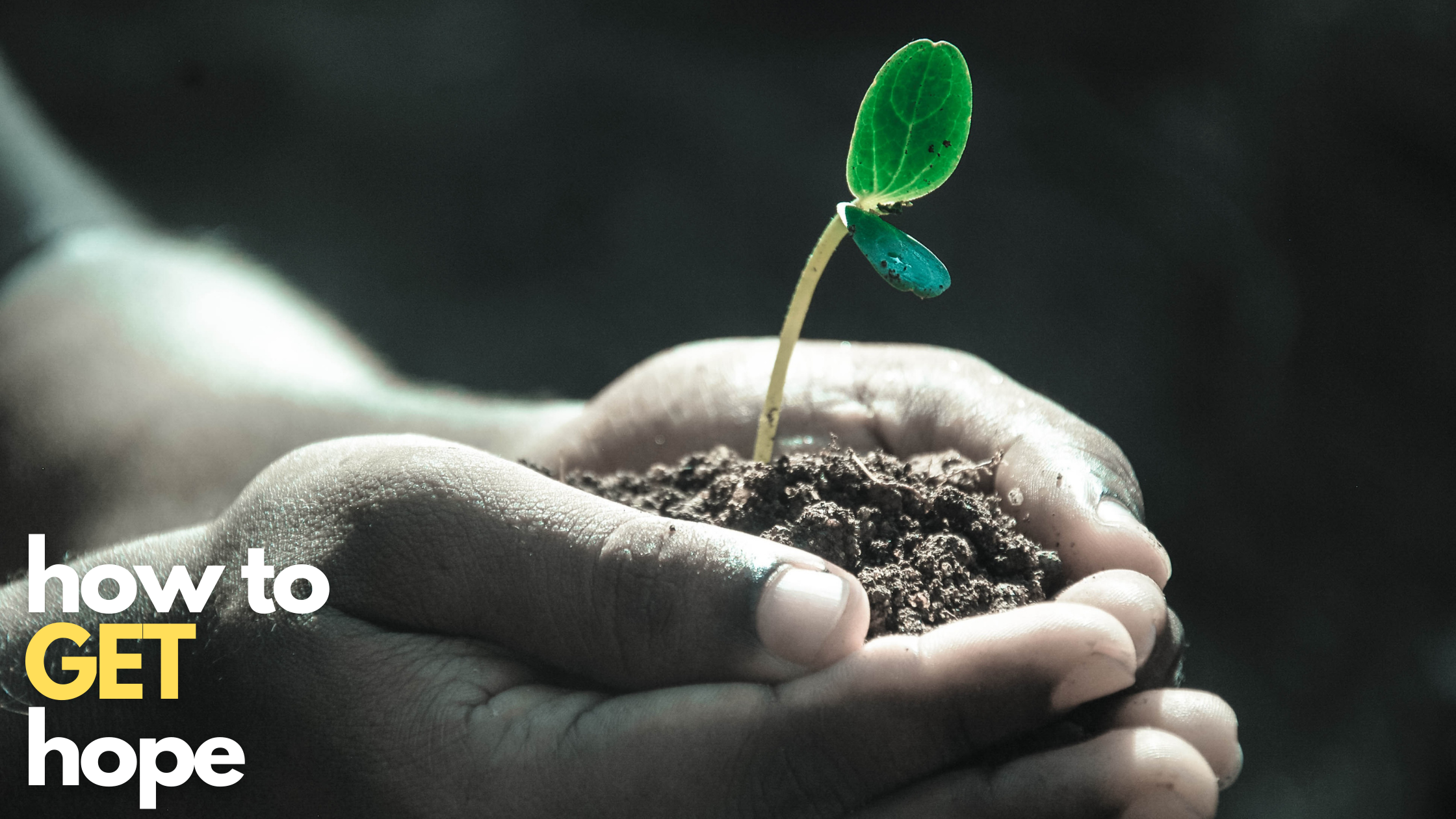 So how do we get this hope?

Believe in the death and resurrection of Jesus.  That’s it!

First, Tim Keller takes us to the cross, and where Jesus says, “I thirst.”  Keller says Jesus is experiencing ‘cosmic hopelessness’ on our behalf.  He lost everything on the cross and Keller calls this ‘substitutionary hopelessness,’ the hopelessness we deserve.

Then to John 4 where Jesus offers the woman he meets water which will quench her thirst forever, and all the deepest longings of her soul will be satisfied. And then he goes to the passage in the Revelation: "To the thirsty I will give water without cost from the spring of the water of life."

Are we thirsty? Are we longing? 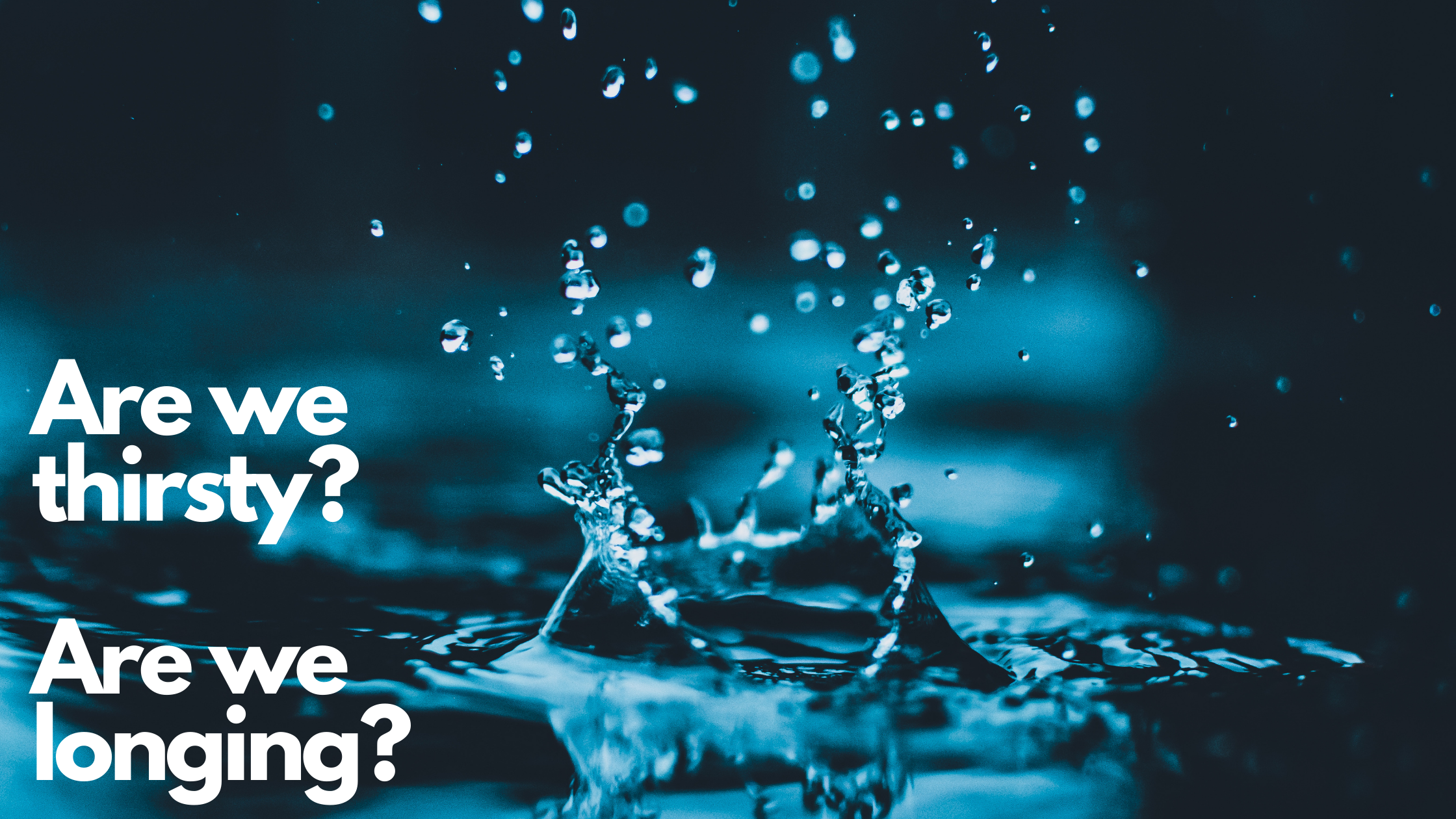 Secondly then, we get hope because of the resurrection - "I am making all things new."  He says that no matter what happens to us now, it will only make us a better new person.  You need to hear this yourself! 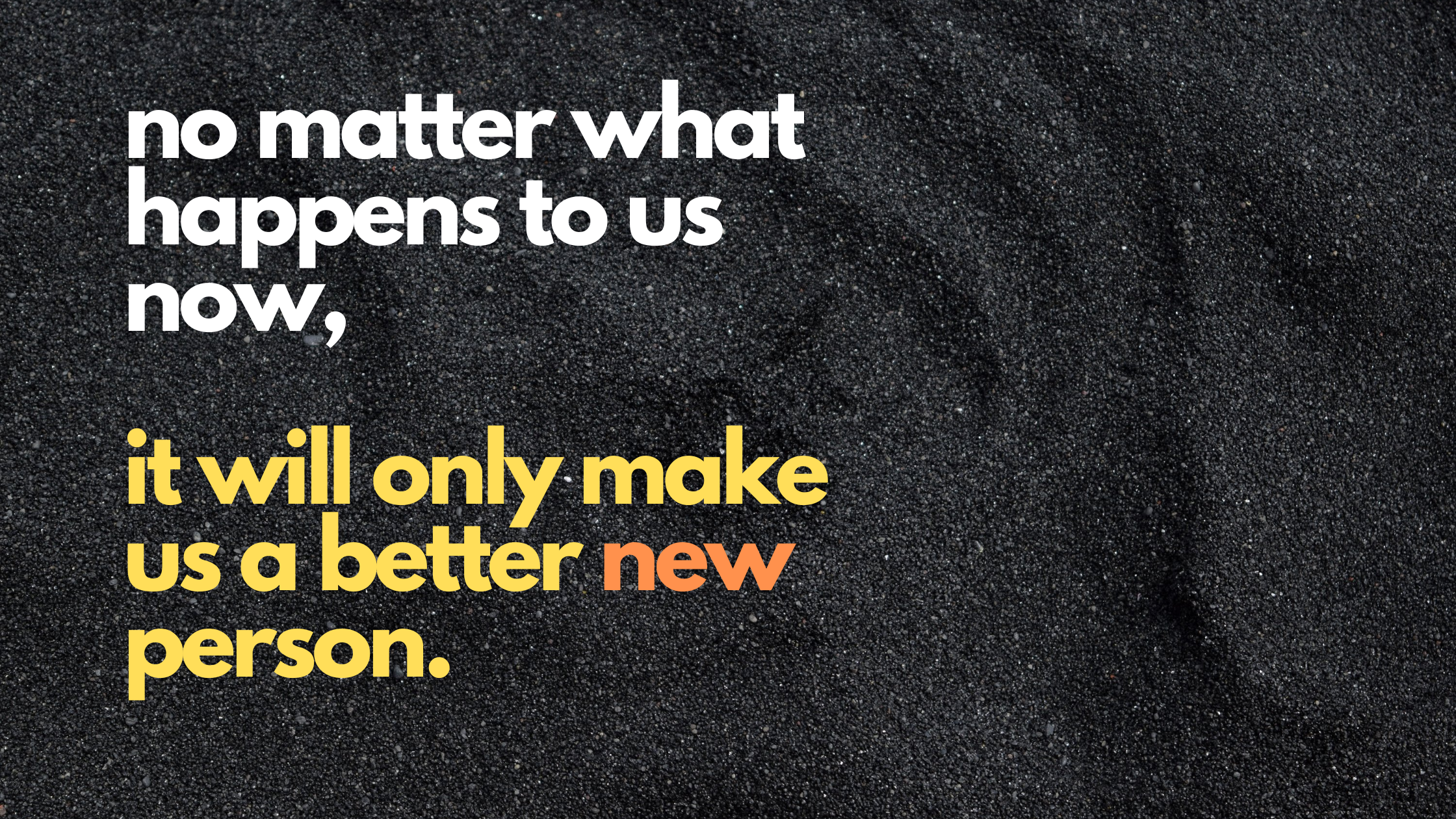 And don’t miss the closing true story of a famous preacher, named Barnhouse, whose wife died way too soon, leaving him grieving with a young daughter.

Once while walking with his daughter, he pulls her out the way of a truck almost hitting her.  He says to her, “Look honey, the truck didn’t hit you, right? But the shadow of the truck did.  That’s what happened to mommy. Because of Jesus, death didn’t hit her, only the shadow of death did.”  And that was her entrance into glory.

Blessings to you all,

How is God making you a better NEW person?  Let me know in the comments below!