8AM TRADITIONAL SERVICE
10AM CONTEMP. SERVICE
Articles » Want to Hear? Draw Near

Want to Hear? Draw Near

A couple of times in his sermon from August 1, 2021, Canon Christopher, reflecting on the Mary and Martha passage from Luke, said we needed to come close enough to hear Jesus.

That begs the question, how do we come close enough to hear Him?

How close is close enough? 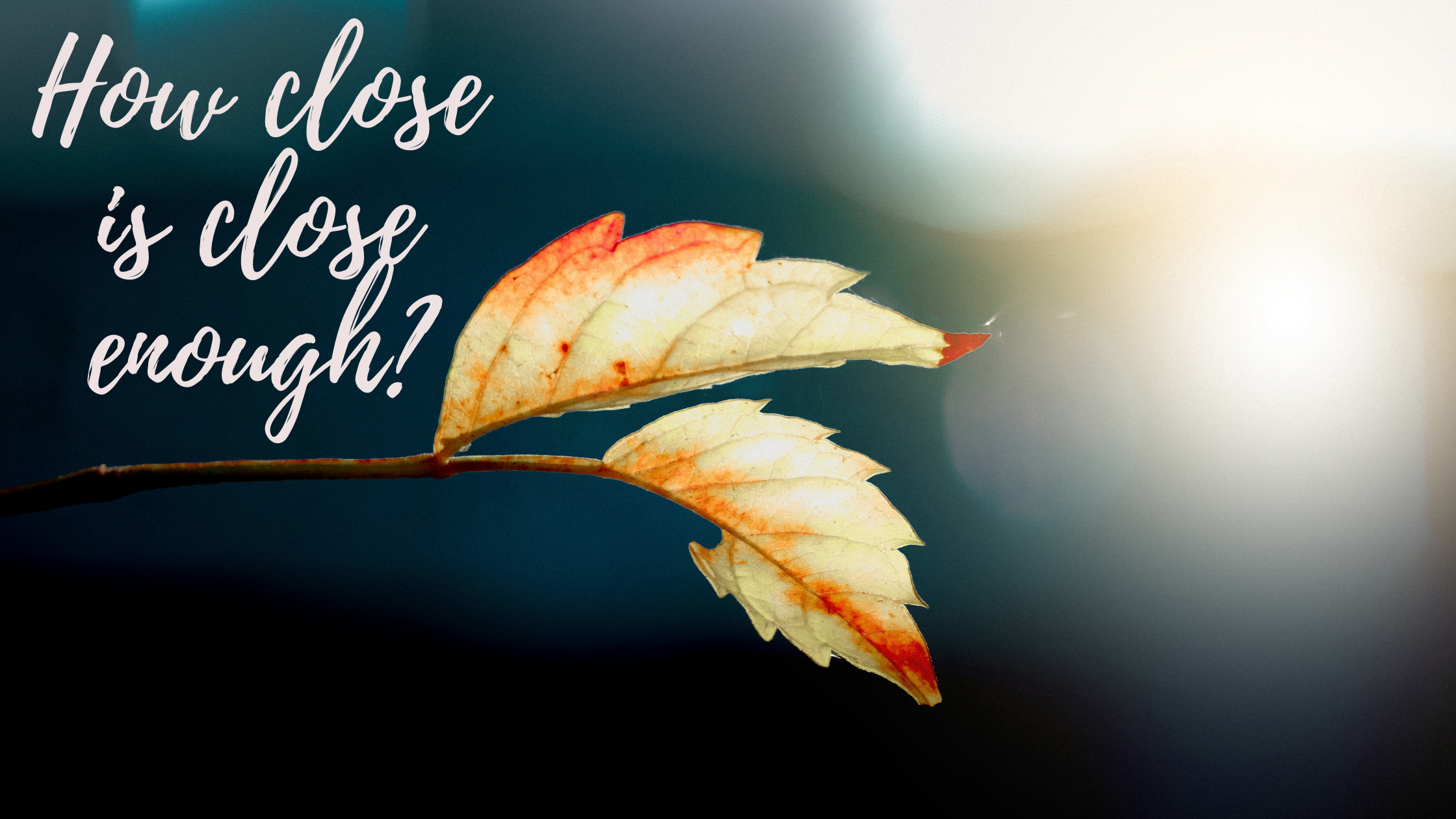 A passage from Chronicles comes to mind.

“Three of the thirty chief men went down to the rock to David at the cave of Adullam, when the army of Philistines was encamped in the Valley of Rephaim. David was then in the stronghold, and the garrison of the Philistines was then at Bethlehem. And David said longingly, “Oh that someone would give me water to drink from the well of Bethlehem that is by the gate!” Then the three mighty men broke through the camp of the Philistines and drew water out of the well of Bethlehem that was by the gate and took it and brought it to David. But David would not drink it. He poured it out to the Lord and said, “Far be it from me before my God that I should do this. Shall I drink the lifeblood of these men? For at the risk of their lives they brought it.” Therefore he would not drink it. These things did the three mighty men.” 1 Chronicles 11.15-19 (ESV)

David longed for water and for Bethlehem. And three mighty men drew near enough to their king, came close enough, to hear the sigh, the longing, of his heart. And then they acted on it, and at great risk as their king points out.

I used to like to say, and still do by the way, “to know his will is to know his heart.” As we read the stories of Jesus, we can learn to listen for his heart. 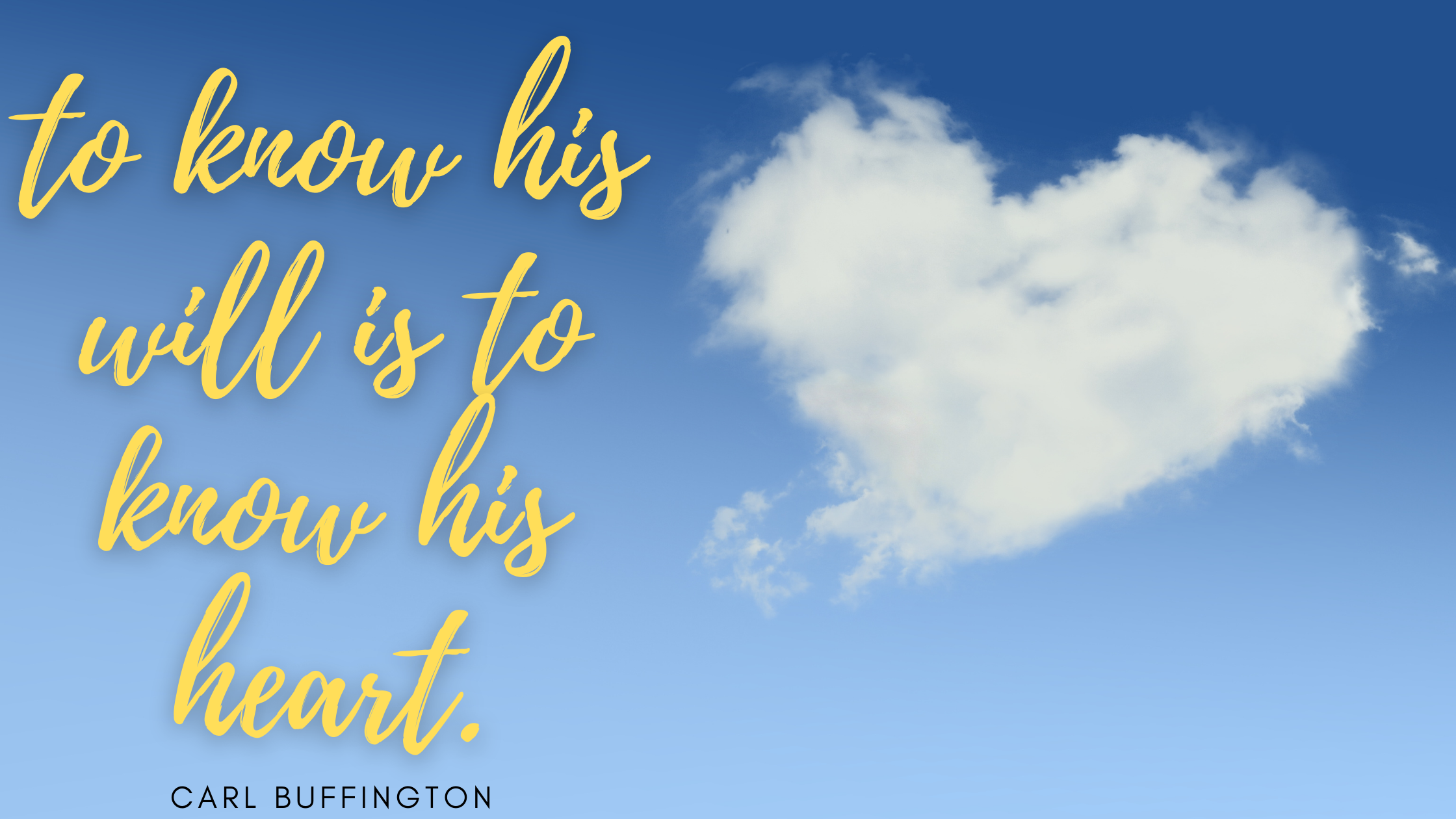 In Matthew 9:36 it reads, “When he saw the crowds, he had compassion for them, because they were harassed and helpless, like sheep without a shepherd.”

His heart was for the people and so we see in the next chapter he sends and equips his followers to care for them, to heal and set them free.

To Do His Will Is to Have His Heart

Once we know his heart, his will becomes clear. As I mentioned above, he begins sending the disciples out to do his will. He gives them instructions and the promise of the Spirit being with them. And so the second thing to say is, “to do his will is to have his heart.” 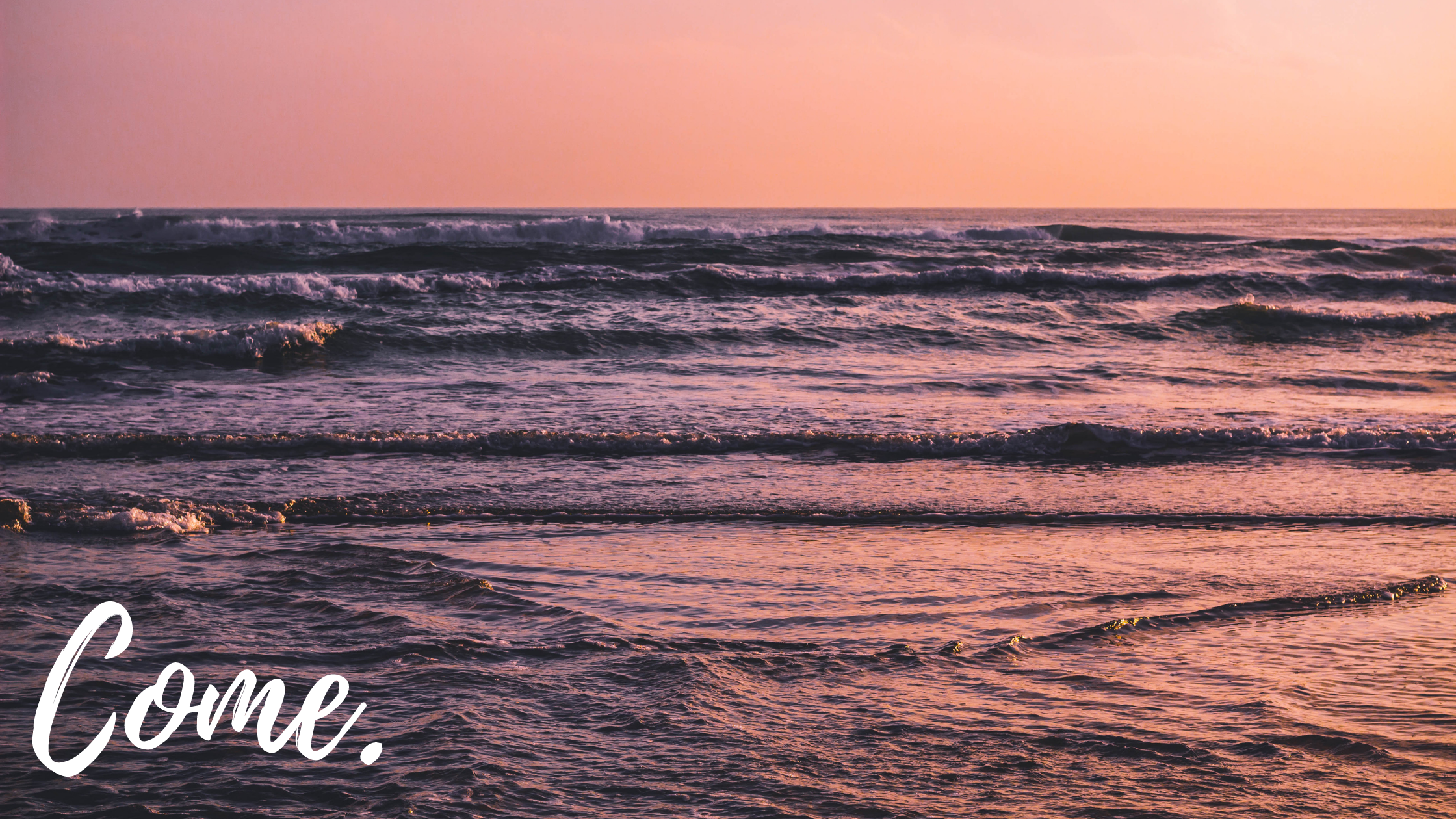 “Whoever Comes to Me I Will Never Cast Out”

James 4:8 tells us that if we will draw near to God he will draw near to us. And this invitation is what the New Testament makes clear from the beginning: Jesus walks along the beaches and invites people to come and to follow. And what’s more, it’s an invitation with no chance of rejection. “All that the Father gives me will come to me, and whoever comes to me I will never cast out.” John 6:37

And in case we miss it, the invitation to come is not just to know his heart and will, and to have his heart to do his will, but it is to have life, abundant and eternal! John 5:40 says, “Yet you refuse to come to me that you may have life.”

How do we then come closer? Well, the three mighty men had to get up and move. Perhaps that’s a word for us.

Perhaps we need to refocus our time and make time to listen.

Perhaps we need to look at those who do come to him. Those in need, e.g. the blind, the disparate, outcasts, poor, curious, and lonely.

Those who do figure out how to come closer become children of God, heirs, inheritors, are adopted and now call him Abba. (Scripture tells us that the way we come to the Father is through the Son. Jesus answered, “I am the way and the truth and the life. No one comes to the Father except through me.”)

Why He Wants Us to Draw Near

Why does he want us to come closer?

The answer is simply this: he loves us without reason, caution, or limit. He loves us “as we are and not as we should be,” as my friend Brennan Manning used to say.

Brennan used to tell a story about giving Last Rites to a leper dying alone. She was horribly disfigured from the disease and had no one to care for her. As he put away his communion kit, a bright light seemed to come into the room. “The rain must have stopped,” he thought. 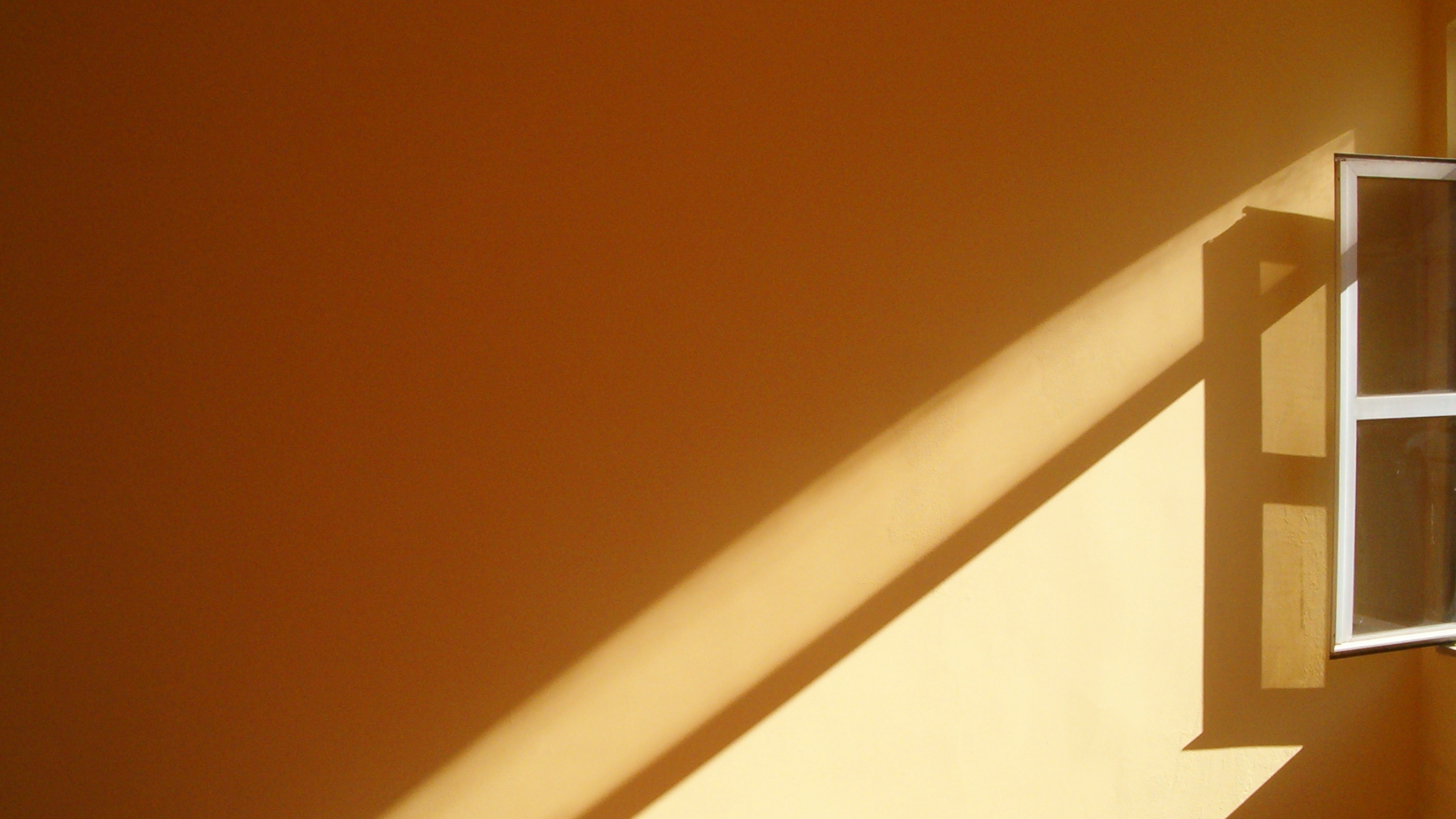 Yolanda, the leperous woman, said to him, “Oh Father, my Abba just spoke to me.”

“Really, what did he say?” Brennan asked.

On the way out of the healthcare center, the nurse asked Brennan how Yolanda was doing. He said, “I don’t think too well, she’s quoting the scripture, Song of Songs 2:10-13.”

The nurse said, “She’s illiterate, never read anything in her life, including the Bible.”

When they got back to her bed, sure enough, her Abba had come, scooped her up, and taken her home. 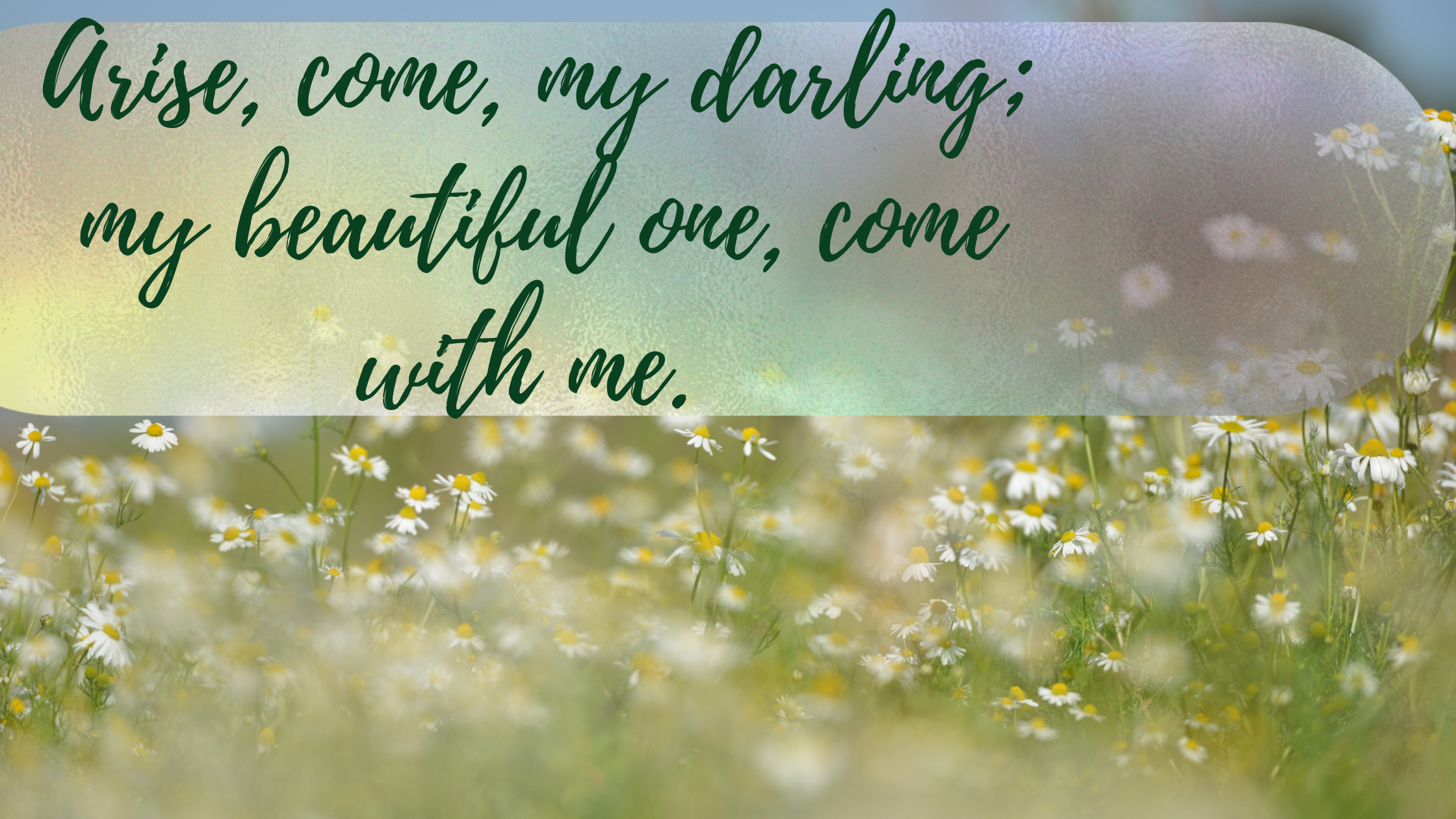 The Invitation to Draw Near Stands

How do you draw close to God?  Let me know in the comments below.