8AM TRADITIONAL SERVICE
10AM CONTEMP. SERVICE
Articles » Be Very Careful Then How you Live...

Be Very Careful Then How you Live... 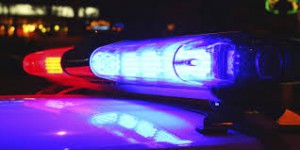 Be careful, then, how you live--

not as unwise but as wise...

Earlier, in the verses from Sunday’s epistle, St. Paul gives us some advice on how to live:

“… put off falsehood and speak truthfully … Get rid of all bitterness, rage and anger, brawling and slander, along with every form of malice … Be kind and compassionate, forgiving each other…Be imitators of God, … and live a life of love …”

Does it matter? Does it really make a difference how we live?

And if so, to what does it matter? I mean, what’s at stake?

And what about when we miss the mark? What then?

Going back a few years: I’m seventeen years old. It’s late in the afternoon and a mischievous friend and I are driving around bored. We turn down what looks to be a deserted, dead end, street where a driverless truck is parked. Something gets into us; “let’s break the windshield.” Why not? And so we did.

Turning out of the dead end street, a police officer, who had been following us pulled us over.

“What are you up to?” “Nothing.” He didn’t witness the senseless act of destruction, but discovered it later and showed up at our high school baseball practice the next day.

Baseball practice ended early for my mischievous friend and me that afternoon. We had to apologize to the owner of the truck and pay for the new windshield. Got off easy? Indeed!

I watched a program this week, 48 Hours, about a triple homicide. Three people were burned in a fire, all died. The key suspects were two 17-year-old boys. There was a lot of evidence pointing to the boys for setting the fire. The incident was 7+ years ago. The case went cold. That is until a private investigator stirred the community’s conscience about it with pictures and publicity.

A new investigation ensued and the two boys, now grown and married, were held in jail pending a trial.

The suspects were now respectable members of the community. The trial never happened, still may apparently, but they were unexpectedly released one day. Set free with next to no explanation.

The commentator said they might have just done something horrible that one day. Heaven knows why. But what they did, was to take the lives of two young girls and their stepfather! One being the former girlfriend of one of the now, still young, men.

Let’s say they did it.

And let’s say it was just a one-time thing as the commentator commented. Now they have grown into respectable men. One’s a war hero and the other a family man who goes to church.

Is there anything to that? Them being good citizens now? Do they get credit for that, even if they did this other hideous, heinous, thing one day way back when? Perhaps they were egged on by one another and who knows what other motivation moved them to do this; supposedly a love affair gone south. And even if “the devil made them do it,” what then?

So what’s the cost for not confessing? Is there a penalty? A cost? Are they trading this life for the next? Whatever years they have left for an eternity?

Perhaps they will live all their days free, never convicted externally.

And who knows how convicted internally they will be. And what is the cost of that? Can a person live well with that on their conscience, in their soul? Why do the wicked prosper asks the psalmist? Do they, I wonder? Perhaps, I query. Do they pay a price in this world, or just in the next?

If, on the other hand, they were to confess to the crime and pay the price, does that trade this life for the next? If they do confess it, and seek the Lord’s forgiveness, are they perhaps losing this life, spending it behind bars away from their families, but gaining eternal life?

Are their souls that much at stake? Or are souls destinies any our business? Does how we live really matter that much?

I wonder, is it worth listening to Paul and other authors of scripture, and learning to live what is right, and good, and just? Or does it really matter? Can we all live the way we want, shaping our days without reference to God’s word, and even get away with a little murder from time to time?

Just wondering. What do you think?