8AM TRADITIONAL SERVICE
10AM CONTEMP. SERVICE
Articles » What's it all about?

What's it all about? 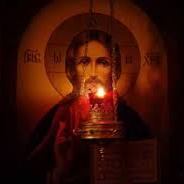 Sometimes a song says it all, sometimes not. I was recently listening to Dionne Warwick sing the 1966 hit, “What’s it all about Alfie?”

(I have another month of free Sirius radio in my car, and in bouncing between stations it’s nostalgic to land in the ‘60s.) Anyway, while pondering a sermon on the gospel passage for Sunday (John 6.57-69), and while the Alfie question had distracted my thinking, I ran into an even older hit from the mid sixth century, “The Heavenly Bread of Immortality.” From what I read about it, the movie Alfie must have been better than the song. There’s no movie from the latter, the Kontakion, (a song sometimes used as the sermon), but it is full of wondrous, ineffable, mystery, and says far more than I am able!

The Heavenly Bread of Immortality – Kontakion by Romanus Melodus

All the angels on high marvel at the affairs of earth
For earth-born men dwelling here below
Are exalted in spirit and reach what is on high
As they share in Christ, crucified.
For all together partake of His body,
As they eagerly come to the bread of life,
They hope for eternal salvation from it.
Even though visibly, to all appearances, it is bread
It sanctifies them spiritually because it is
The heavenly bread of immortality.

That the bread which we take is the flesh of the Immanuel,
The Master Himself was the first to teach us;
For when He voluntarily went to His Passion,
Christ broke the bread of salvation,
And said to His apostles, as it is written:
“Now draw near; eat of this,
and eating you will receive eternal life,
For this is my flesh, this food,
Since really, I whom you behold, am
The heavenly bread of immortality.”

We all know, we who possess complete faith in Christ,
That as we approach, eager for the mystic bread
And in addition take the cup of salvation,
If we are of pure heart and without dissimulation
We are all participants of the flesh and blood
Of Christ with faith in Him, and we hope
From this a life like that of the angels;
For, in very truth, the body of the One who suffered,
The very holy body of Jesus Christ is
The heavenly bread of immortality.

While this Kontakion may not say it all, it does give one answer to the question posed to Alfie, “What’s it all about?”

Blessings to you all,
+Carl

[1] Kontakion or Kondakion is a form of hymn performed in the Orthodox Church and the Eastern Catholic Churches that follow the Byzantine Rite.

[1] Saint Romanos the Melodist or the Hymnographer, was one of the greatest of Greek hymnographers, called "the Pindar of rhythmic poetry". He flourished during the sixth century, which is considered to be the "Golden Age" of Byzantine hymnography.

Tradition ascribes the origin of the kontakion to St. Romanos the Melodist during the 6th century. Certainly, Romanos' inspired compositions represent the apex of the Golden Age of Byzantine hymnography. His masterpiece is the kontakion for the Nativity of Christ. Up until the twelfth century, it was sung every year at the imperial banquet on that feast by the joint choirs of Hagia Sophia and of the Church of the Holy Apostles in Constantinople. Most of the poem takes the form of a dialogue between the Mother of God and the Magi.