Along the Way pt.2

"All the way to heaven is heaven, because He said I am the Way" St. Catharine 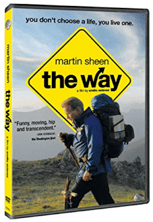 Barbara and I plan to hike the last part of the Camino de Santiago next September. It's a pilgrimage beginning in the Pyrenees and concluding in Spain following the way of St. James the apostle.

There's a fun movie about it, The Way, with Martin Sheen. As the story goes, his son is killed at the outset of the Camino. Martin decides to make the hike himself, dispersing his son's ashes along the way.

"As he was setting out..." someone, who perhaps grasps and then gasps -- 'He's leaving, this is my last chance to ask him' -- approaches him, respectfully, honestly, humbly, sincerely.
"What must I do to inherit eternal life?"
Please.
Tell me.
Posted in Friday Epistles 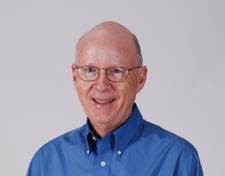 COME AND DIE - COME AND SEE

"When Christ calls a man, he bids him come and die." Dietrich Bonhoeffer, from The Cost of Discipleship.

What if that is not bad news, but in fact really good news? What if our soul's destiny depends on it?

"If anyone would come after me, he must deny himself and take up his cross and follow me. For whoever wants to save his life will lose it, but whoever loses his life for me and for the gospel will save it.What good is it for a man to gain the whole world, yet forfeit his soul?Or what can a man give in exchange for his soul?"

Joel Marcus in his commentary on the gospel passage for Sunday provocatively asks,

"But why should one accept the dreadful burden of the cross? Why should one want to follow Jesus, (cf.8:34b) if discipleship means entry into a living death?"

A couple of weeks ago, when preaching from John this was the phrase that rang in my ears. And the answer:
Posted in Friday Epistles

It's good to be Home

Today, Friday the 10th of August, a parishioner had surgery early in the morning, and a deacon is getting married in the afternoon, or has already been wed depending on when you read this. We can sing, "Ruan and Dennis are Going to the chapel and..." well, you know the lyric, and we all say, "Alleluia."
Posted in Friday Epistles

Living in Florida in the summer and in Orlando in particular (the lightning capital of the world), we know a little something about losing power. Then add in the hurricanes, I am sure you all remember that little gal named Irma. Many of you spent days without power. Sometimes when we look at the church as a whole or at our individual Christian lives, we and the world looking at us might ask, "Where's the power?" In the lessons this week God wants to remind us that there is no shortage of power with him.
Posted in Friday Epistles
« Previous Entries Next Entries »