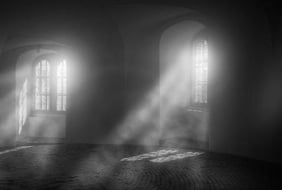 A couple of weeks ago, when preaching from John this was the phrase that rang in my ears. And the answer:
Posted in Friday Epistles

It's good to be Home

Today, Friday the 10th of August, a parishioner had surgery early in the morning, and a deacon is getting married in the afternoon, or has already been wed depending on when you read this. We can sing, "Ruan and Dennis are Going to the chapel and..." well, you know the lyric, and we all say, "Alleluia."
Posted in Friday Epistles